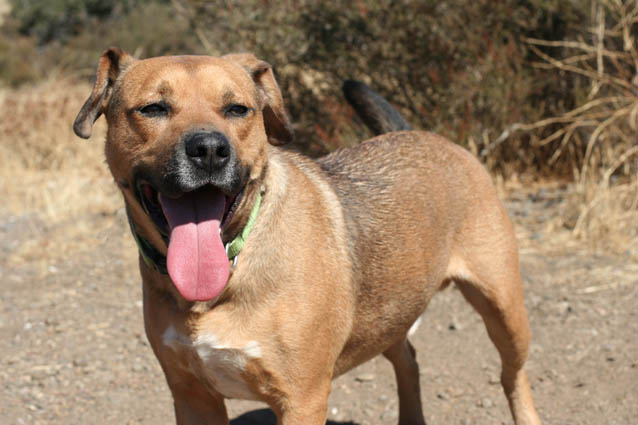 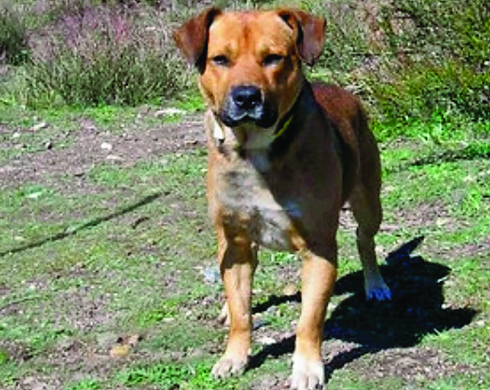 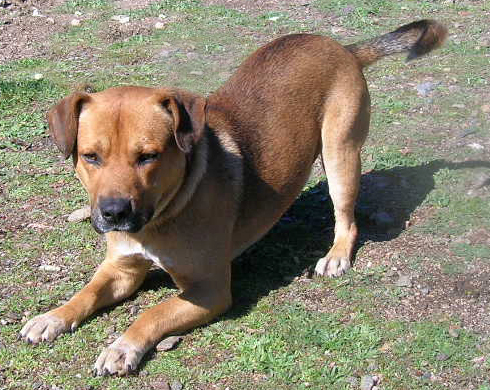 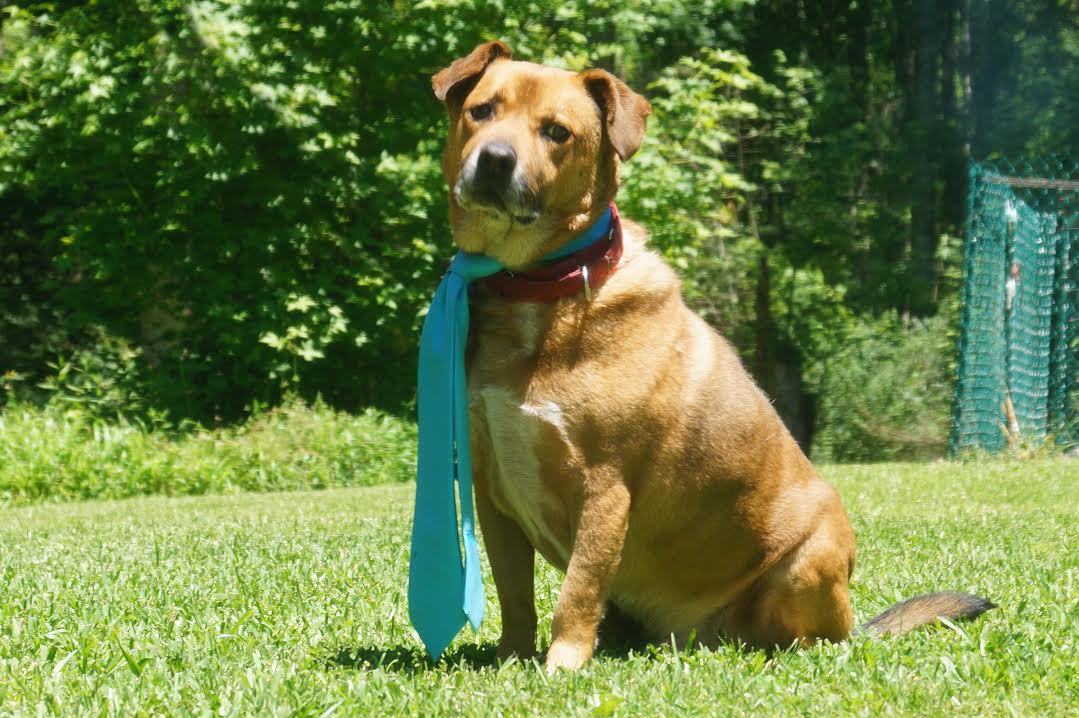 His life began back in downtown Los Angeles, running between heavy traffic and skyscrapers looming above him.  A young woman who worked in the garment district in the hustle bustle area, spotted him one day out her office window.  The brown mixed breed dog was rummaging through trash cans and as she approached him, he ran.  This good Samaritan watched the dog that she had now named “Alfie” wander thru the streets for about a year, with little luck of getting anywhere near him.  But she would not give up.

It was a hot summer day and she could see Alfie outside, attempting to lick up sewer water from the streets.  She went downstairs and offered the shy dog a fresh bowl of cool water.  Whether it was desperation or exhaustion, but Alfie finally gave in and allowed his guard to come down.  His good Samaritan was able to put a leash on him and brought him to us.

Alfie has come a long way.  He has learned to trust again but prefers just hanging out with “his person”.  He just needs a home where he can hang out, live out his life in peace and maybe an occasional sun bath in the backyard.  Because he can be still just a little shy, an adult home would probably be best for him.   He’s just a plain ole’ brown dog but his heart will show you he’s something special.