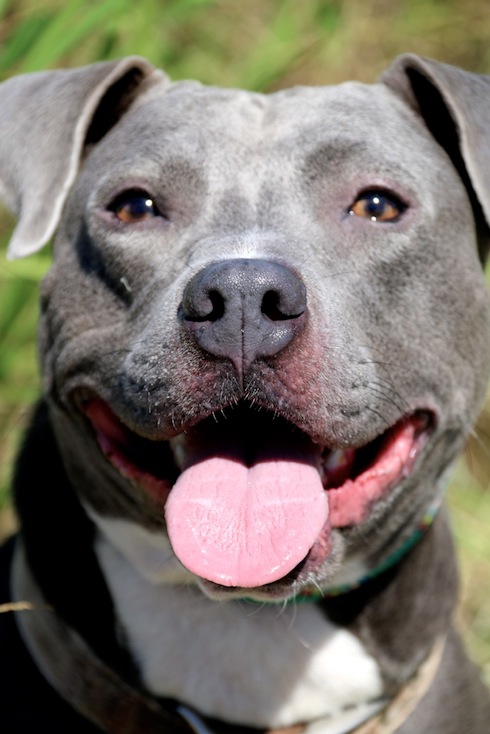 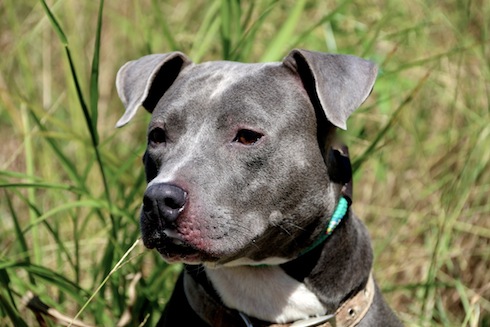 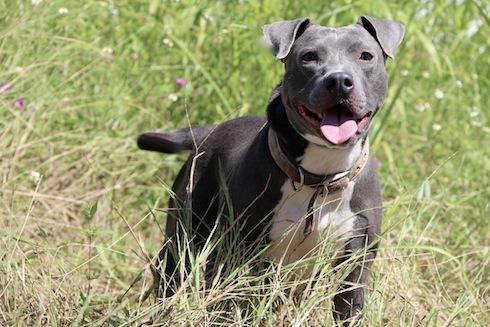 Anya’s story was probably not only one of the most dramatic but dangerous as well. After getting a tip from a good Samaritan about dogs being chained up in the middle of the woods and left there until they died, we went out to investigate.  Not only where there dogs’ remains (skeletons still on chains), but this little blue young female, was “laid out” and not able to get up because she was so emaciated. There was no sign of food or water bowls anywhere and it was beyond our thinking as to what kind of a monster could simply “starve dogs to death” just for the sake of doing it.

As we gathered up the barely alive pup, that’s when the very unexpected happened….bullets started flying. Someone from within the woods began shooting at us and we ducked for cover and we managed to make it to our vehicle and raced out of there.  Anya was in such bad shape, that it took about a year to even have her healthy enough to go through heartworm treatment, spaying, etc.

She has blossomed into quite the outgoing and very happy go lucky gal. Anya will need an active home with lots to do and an experienced dog handler as she is quite the handful (in a good way). She is so full of life and even more appreciative of her second chance at having kindness and compassion being a part of her new world.