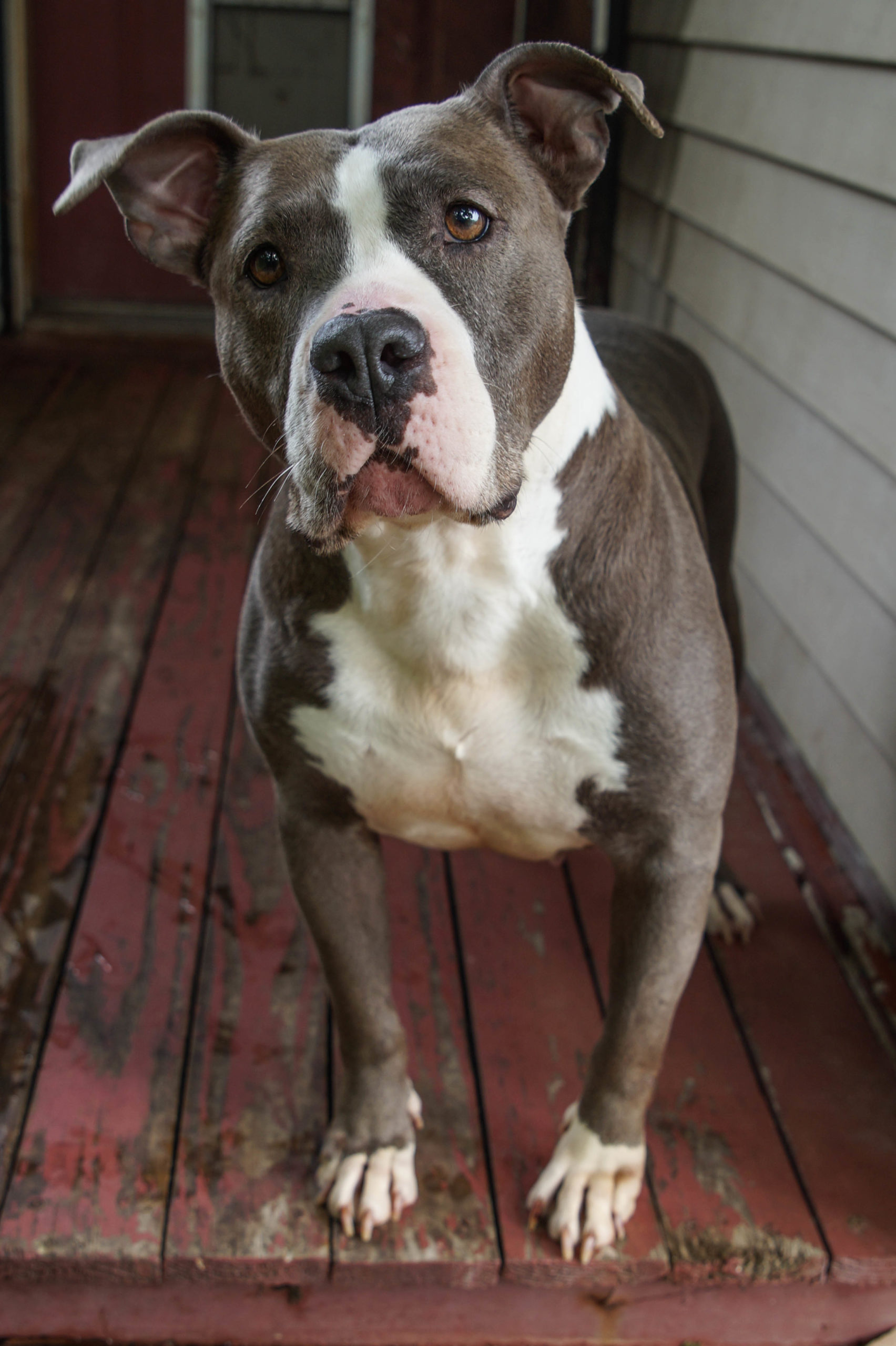 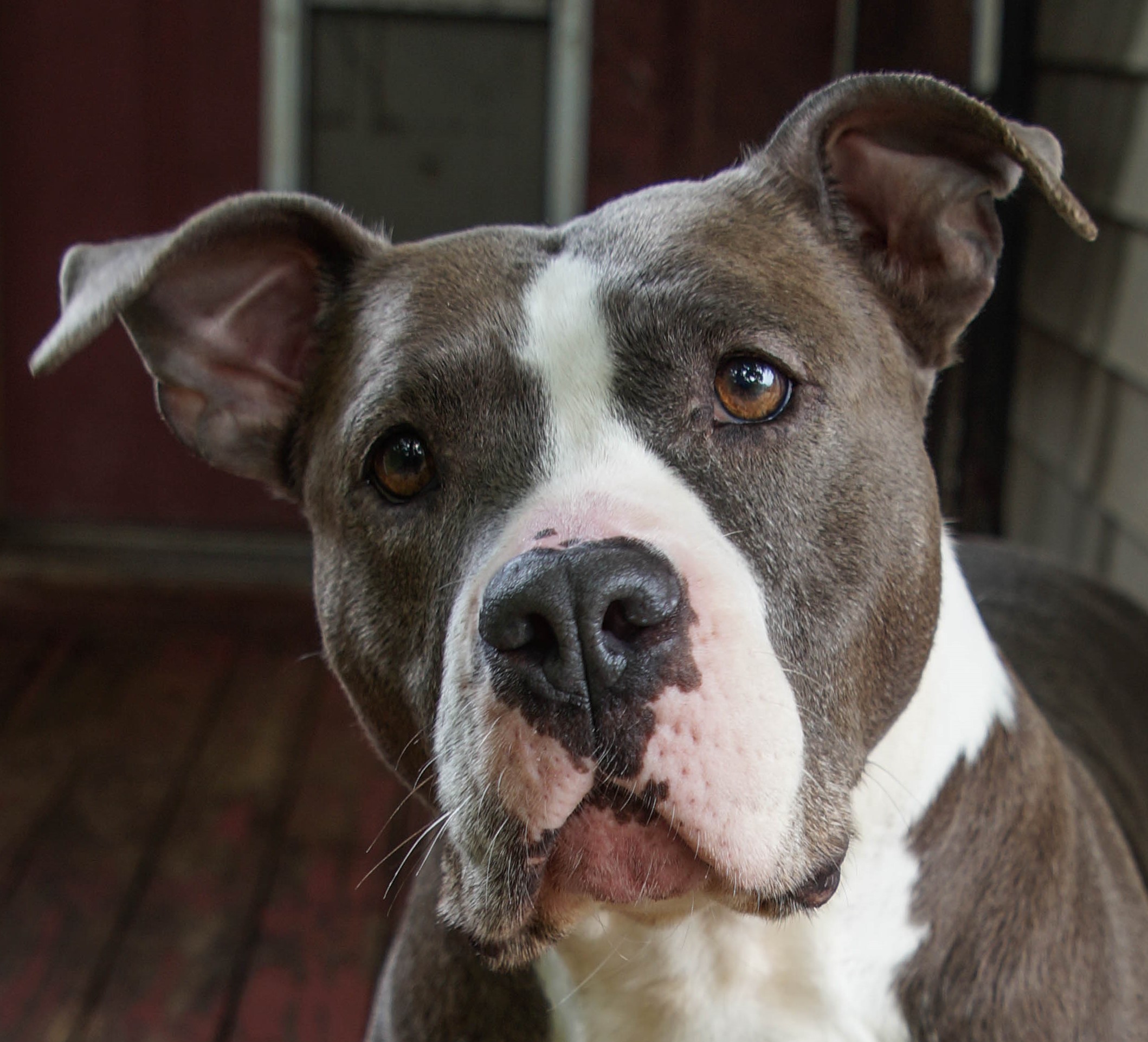 Sweet, gentle Bella.  One of the kindest dogs we ever had.  And so sweet that her owner didn’t have a care in the world when they tossed her into the street with puppies.  And as the norm goes, her puppies were placed but Bella is still here.

But her troubles continued.

In the late Spring of 2018, our worst nightmare came true.  With having a TV show, we always worry about people wanting our dogs for the wrong reasons, for example, a “trophy” or for “bragging rights”.  And believe it or not, our dogs become celebrities themselves and people have been known to obsess over them.   So it was late April of 2018 when a Pit Bull rescue group that we had been helping, DOGNAPPED Bella and four of our other dogs.   It took us months of searching the country but thanks to a dedicated police department and the dog rescue community who kept their eyes open, all of our dogs were finally rounded up and returned to us.

While the other four dogs were found in various locations and situations, it was Bella who went through the worst.  She was found locked in a Penske moving truck in the middle of the summer with several other dogs.  With suffocating temperatures reaching over 100 degrees inside the truck, the dogs were all barely alive when animal control found them.

But this all came with a price not only for the dogs but VRC as well.  It ended up costing us $125,000 in legal fees but we were finally able to get the DOGNAPPERS arrested and charged and they are currently awaiting trial.  And yes, all of the dogs suffered emotionally and some physically but like the true Pit Bulls that they are….they are all so resilient!

But Bella and her friends are now finally able to get a home of their own!

Bella is not the greatest with other dogs so we do need her to be the only pooch in the palace but she makes up for it with how great she is with kids!  If it’s the true nanny dog you’re looking for Bella the Beauty is your lady!