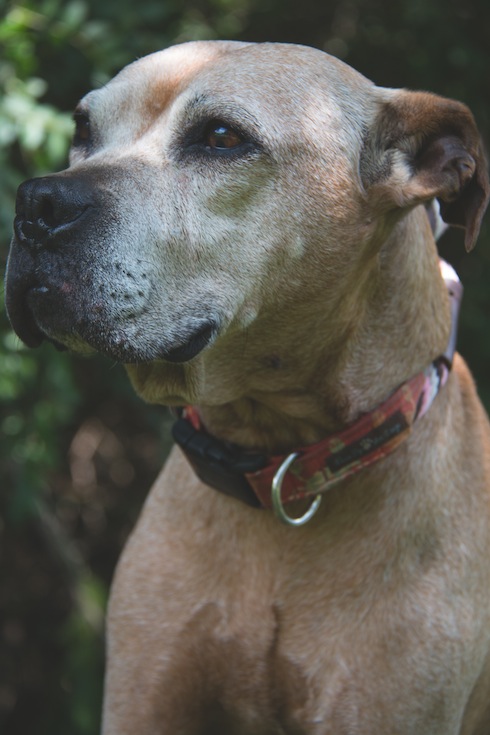 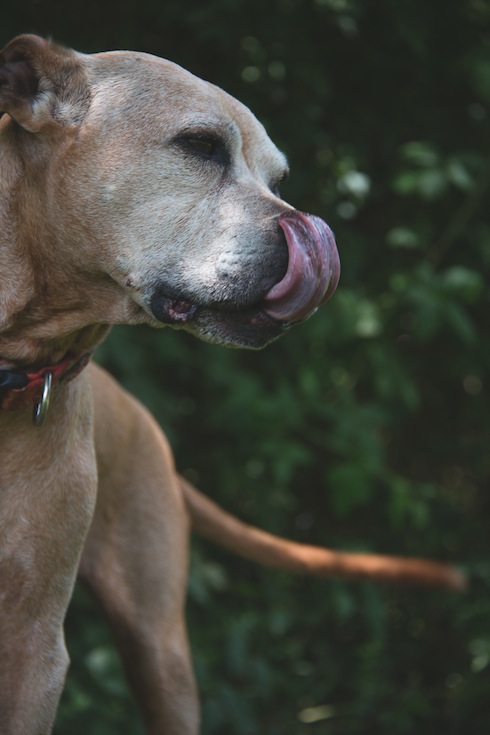 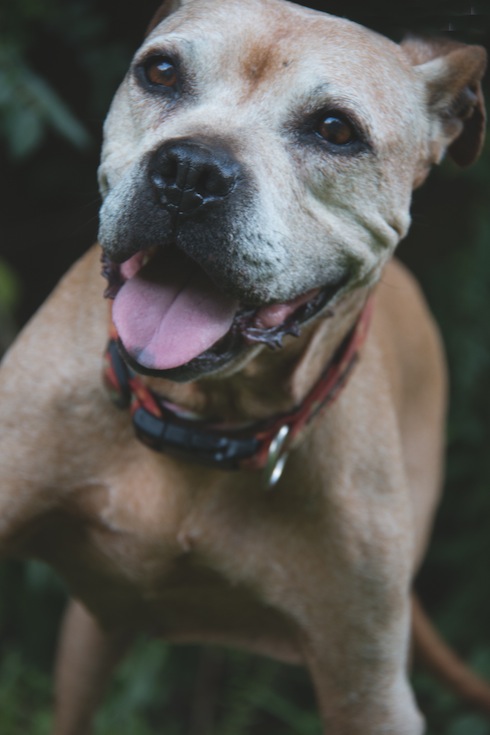 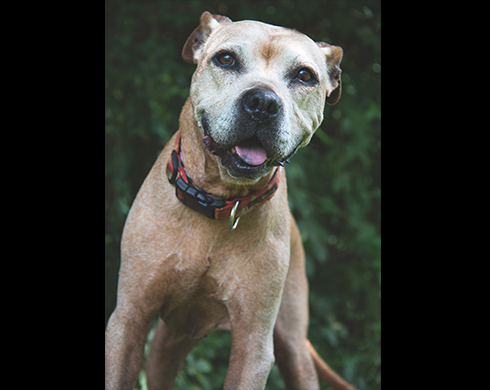 Chili is one of our 40 plus Katrina dogs. Like so many of the dogs from this disaster, they all have their unbelievable stories. Chili was a part of the "Lamar Dixon" group. This was the location in Louisiana where the majority of all the Pit Bulls were kept: approx. 5000 in total. As the rescue efforts went on for weeks and into months, people came and picked out the dogs they wanted to save. Animal shelters and dog rescue organizations joined in. As the animal rescue efforts were winding down, the final group of the Lamar Dixon dogs remained unwanted. These were the ones dubbed, the worst of the worst, the bottom of the barrel as called by one rescue group. Mostly because of their behavior but not to leave out the fact that they were Pit Bulls either. So they came here. The last of the Lamar Dixon dogs. Chili named for her fiery red color and personality, was found chained up inside her house. Rescuers found her two weeks into the Katrina disaster. How she survived with no food or water for that length of time is unthinkable. But what she can't survive without is your love and your compassion. Let her difficult journey from New Orleans to Los Angeles, and back again, prove to be a happy one. Someone out there must want a little spice in their life.

Chili is fantastic with everybody she meets, why this dog hasn't been adopted yet, we just don't know, she is so amazing.

Cats: good, but it would depend on the cats….lets just say…she likes to chase:)