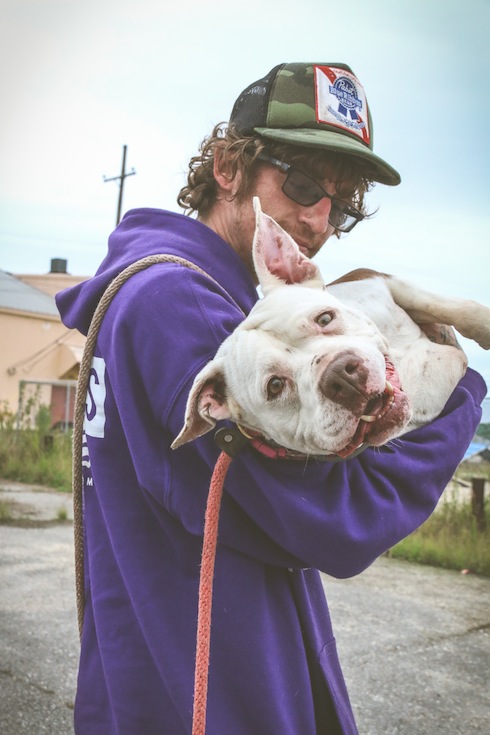 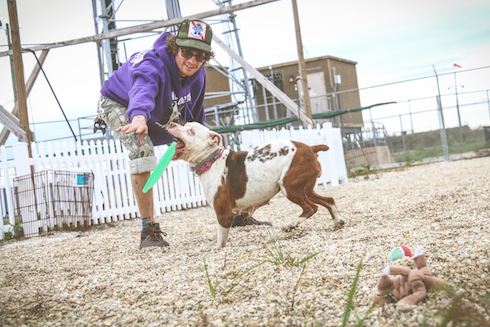 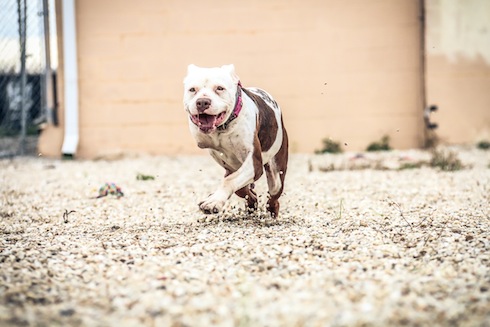 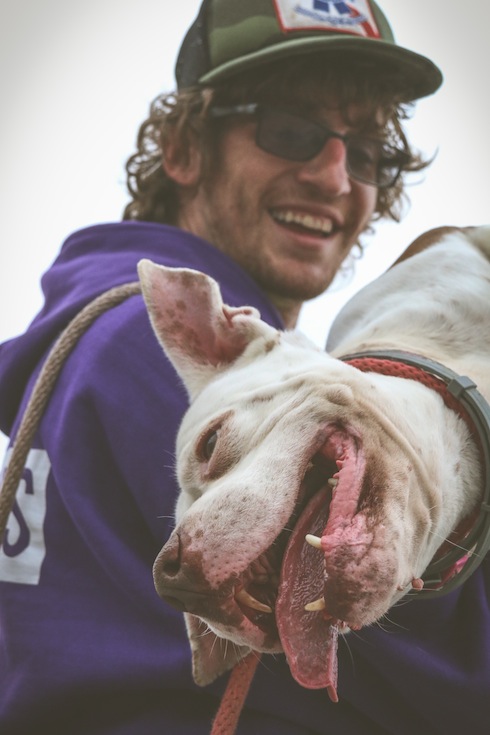 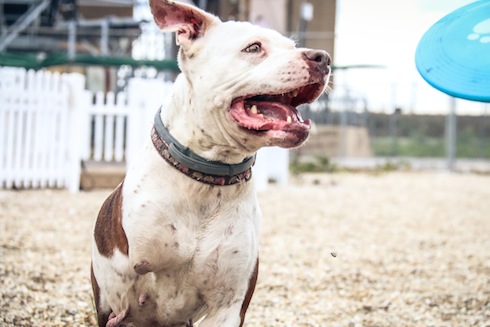 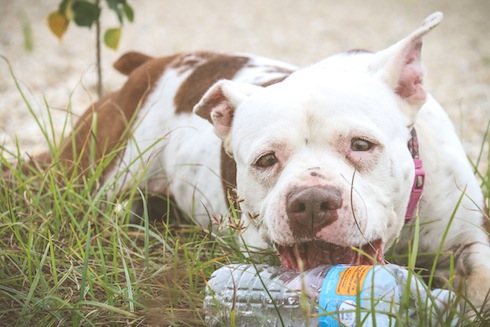 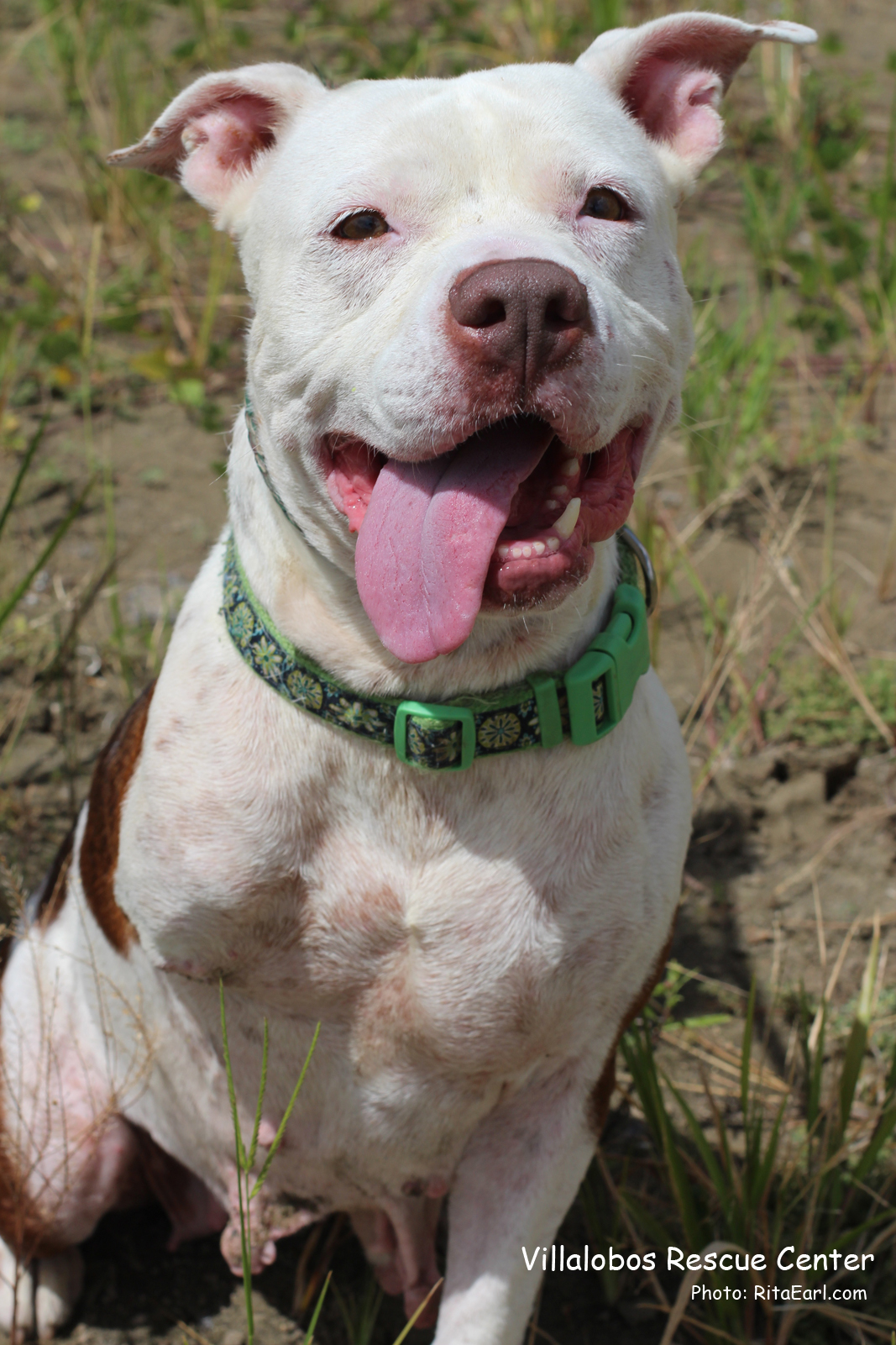 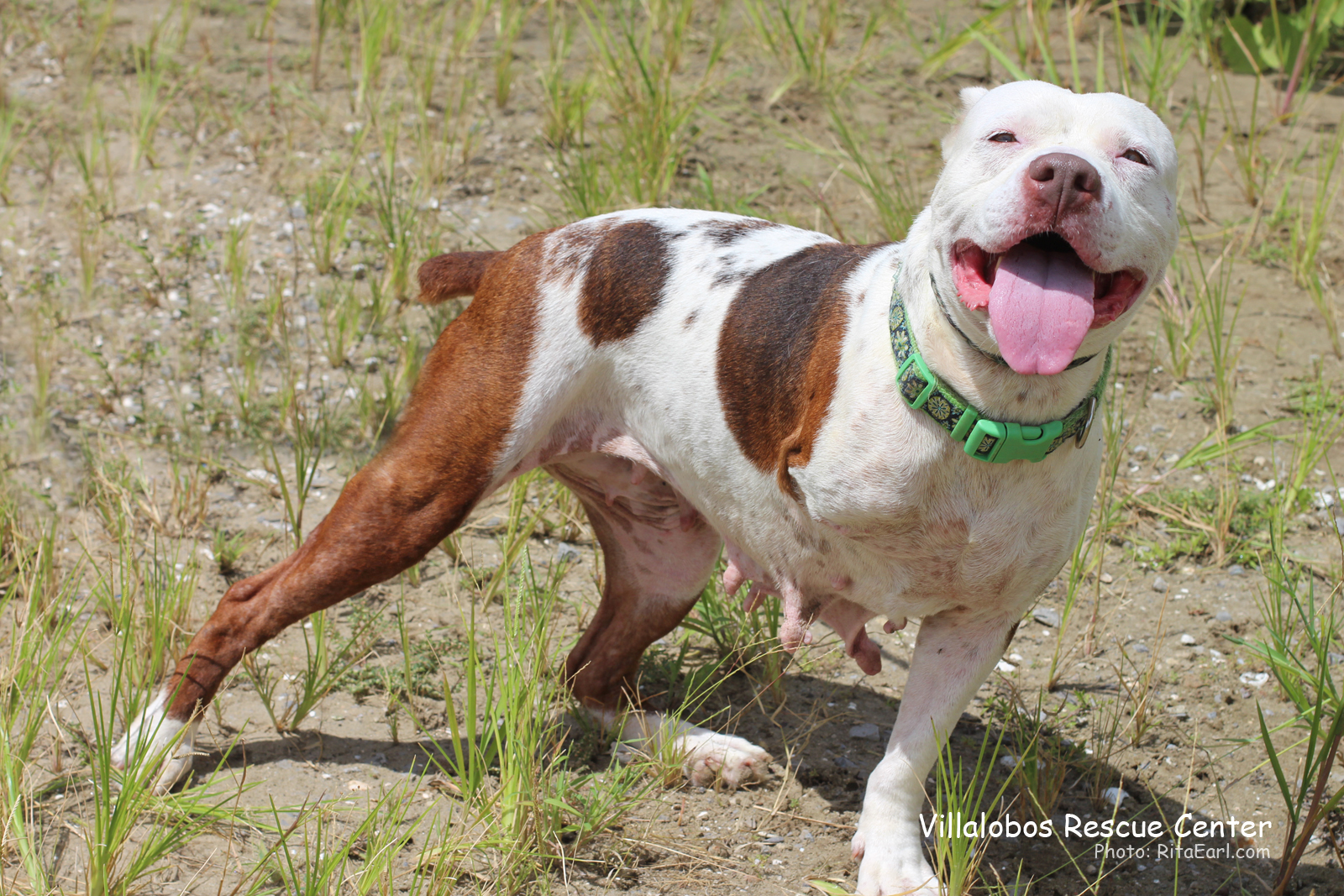 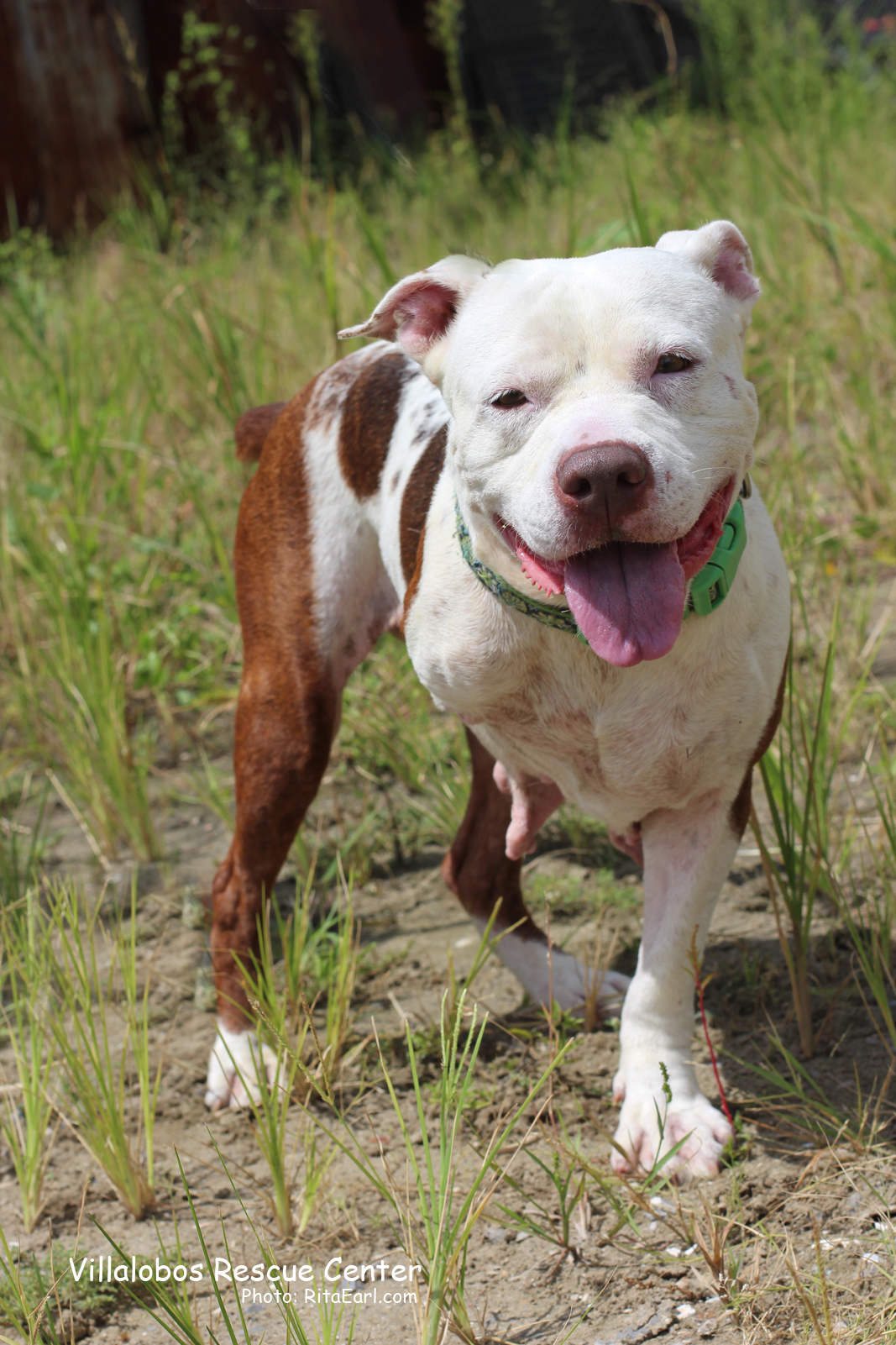 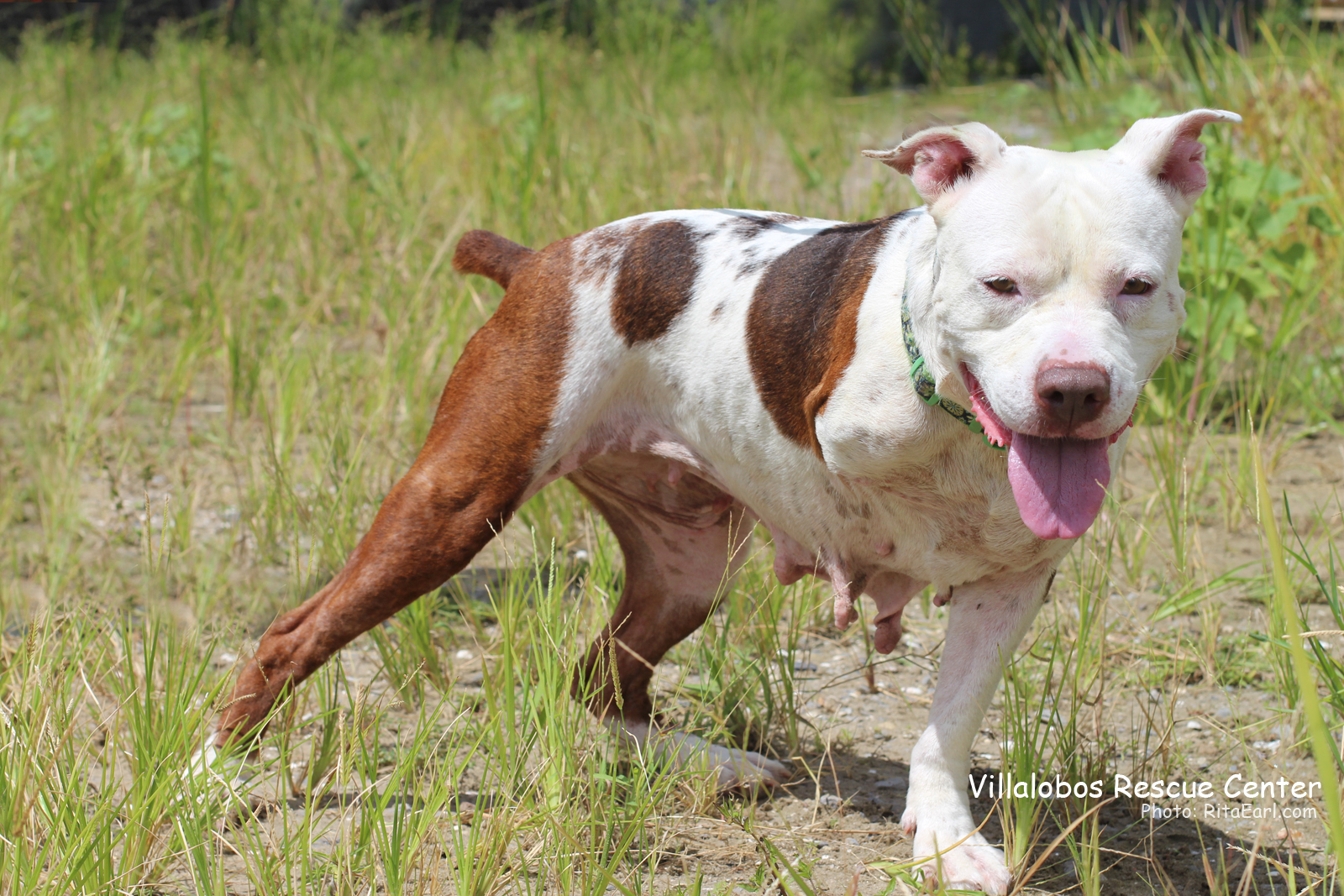 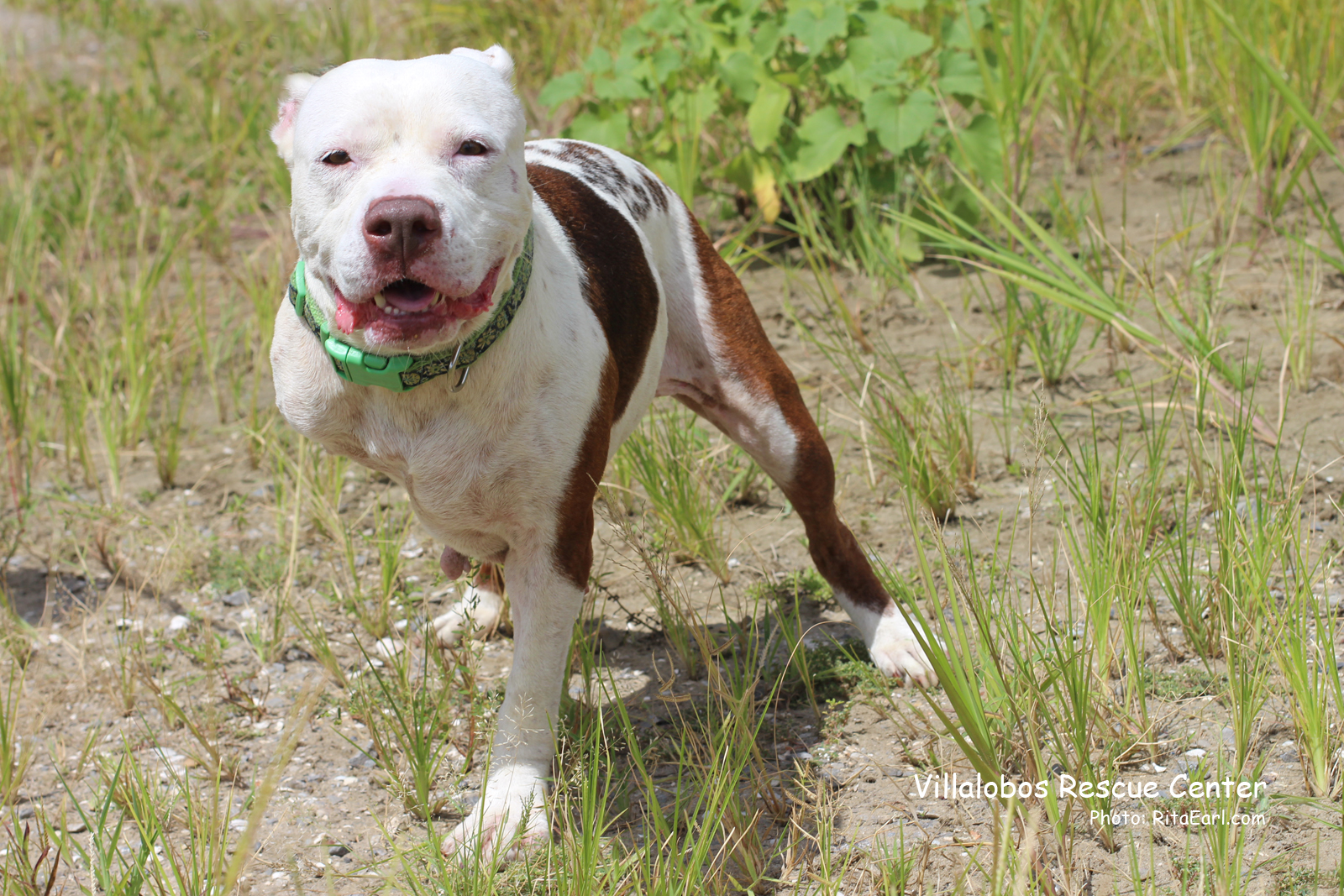 This spunky gal has got to have one of the most dramatic stories we’ve ever encountered.  It all started in the back woods of Louisiana.  I was playing with my dogs in my yard “out in the swamp” and a truckload of good ole country boys pulled over.  They heard that I was the one with the Pit Bull rescue and needed some help.  They had rescued a female Pit Bull from some not so nice guys.  In their attempt to save her, they realized the only place to put her was in the back of their truck but they tied her in thinking that she would be safe until they got her home.  Yes I probably would’ve done things different but I’m not going to fault these guys for trying.  As they were driving home,  the dog jumped out of the truck and was run over by their very own truck.  She injured two of her legs, one of them pretty badly.  They rushed her to the vet and after hearing how much money it would cost to fix the broken bones, etc, they didn’t have that kind of money. So they found me and we drove down some backwoods road to get her.  Indeed she was pretty injured but despite the pain she must’ve been in, true to a typical Pit Bull, she was in great spirits.  So we took her to the vet where she received all of her medical treatment.  After watching her hobble around with her cast and her little butt wiggle non-stop, I named her “Country Girl” after the Luke Bryan song.  Though she has healed from the actual surgeries, she now is getting ready for physical therapy.  Country Girl is an absolute goofball.  Nothing upsets her, nothing stops her from having fun.  She is both up for adoption and also for sponsorship to help pay off her vet bills and physical therapy. If you’re looking for a well behaved house companion but also someone who will make you laugh and keep you entertained, then Country Girl is that gal.