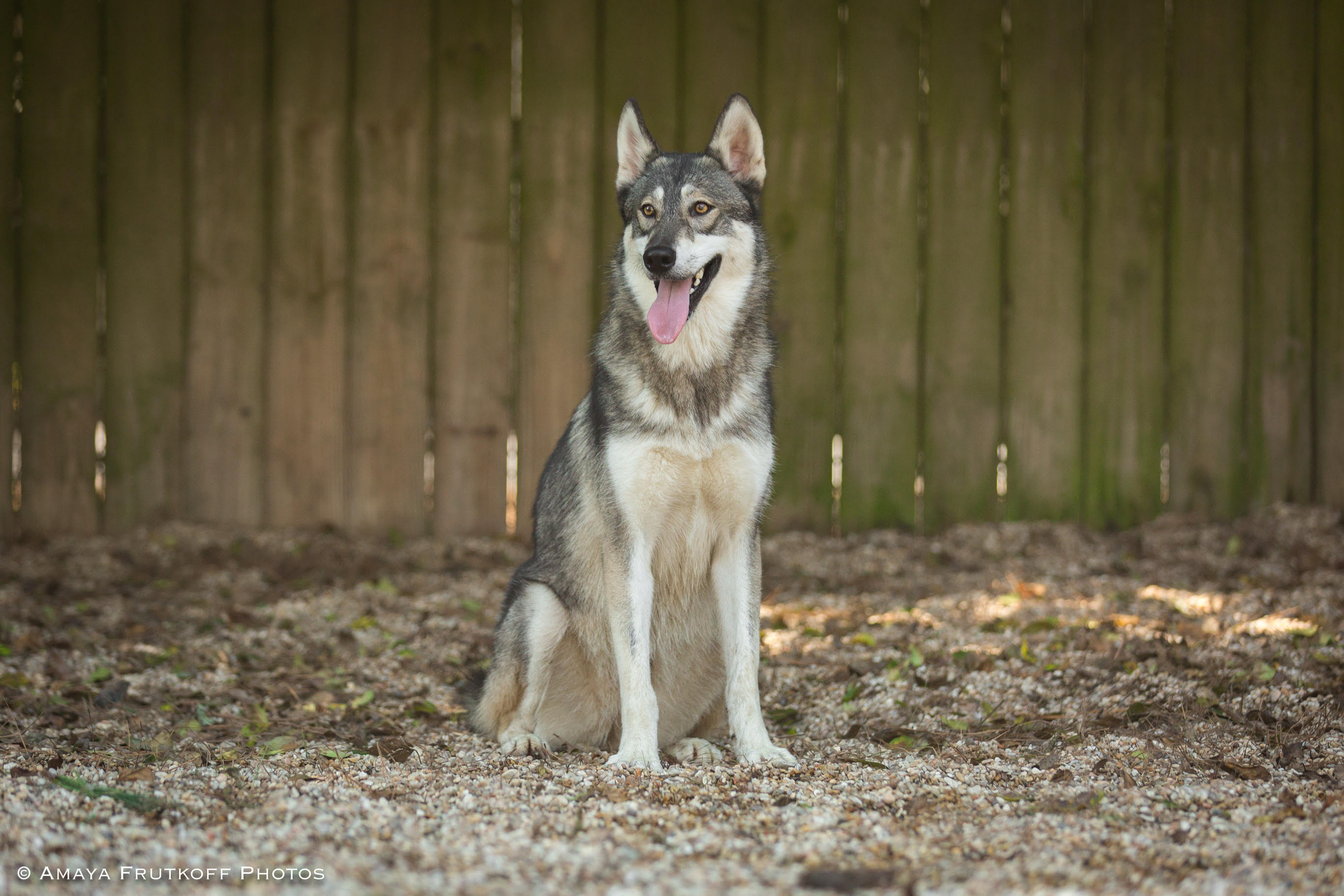 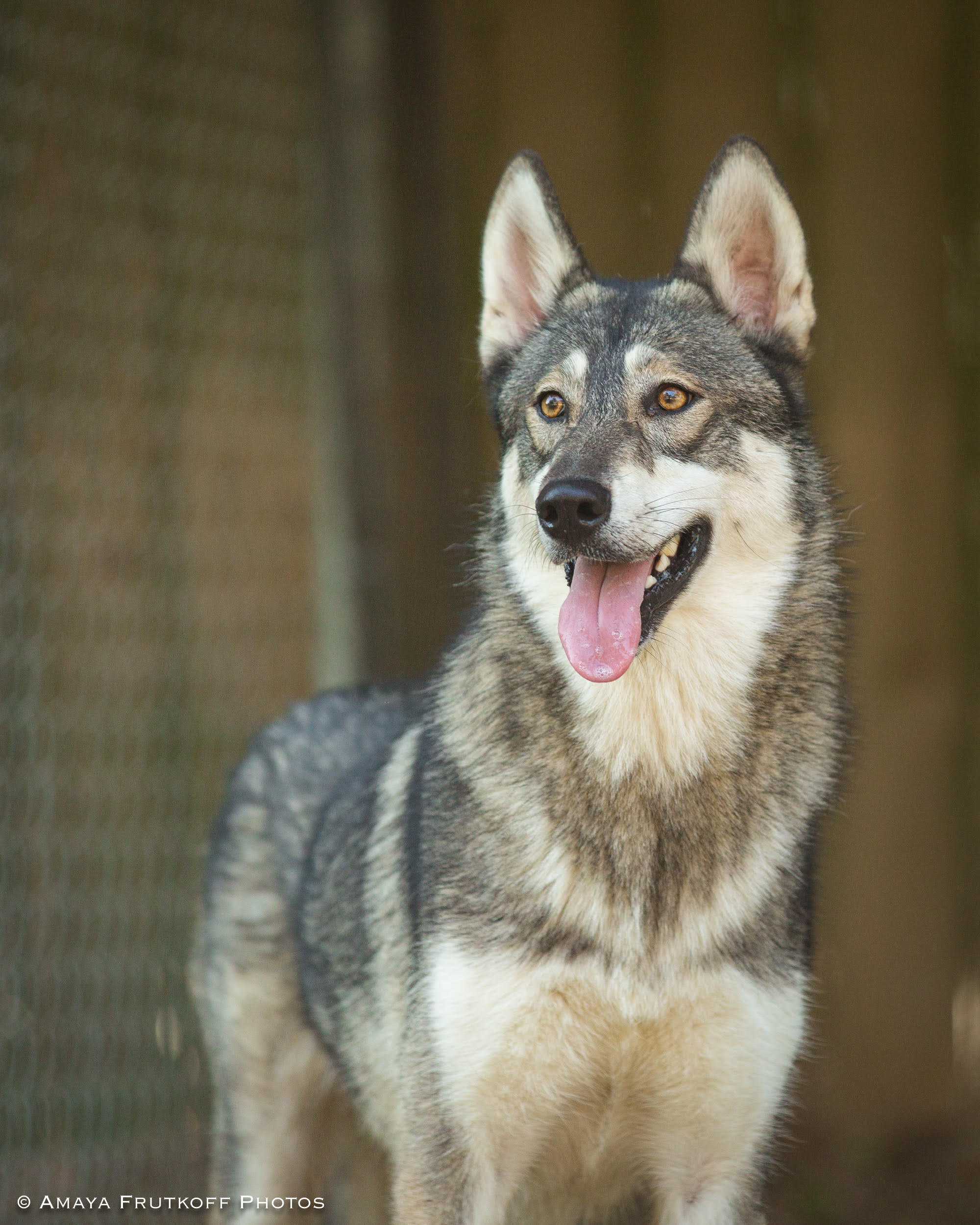 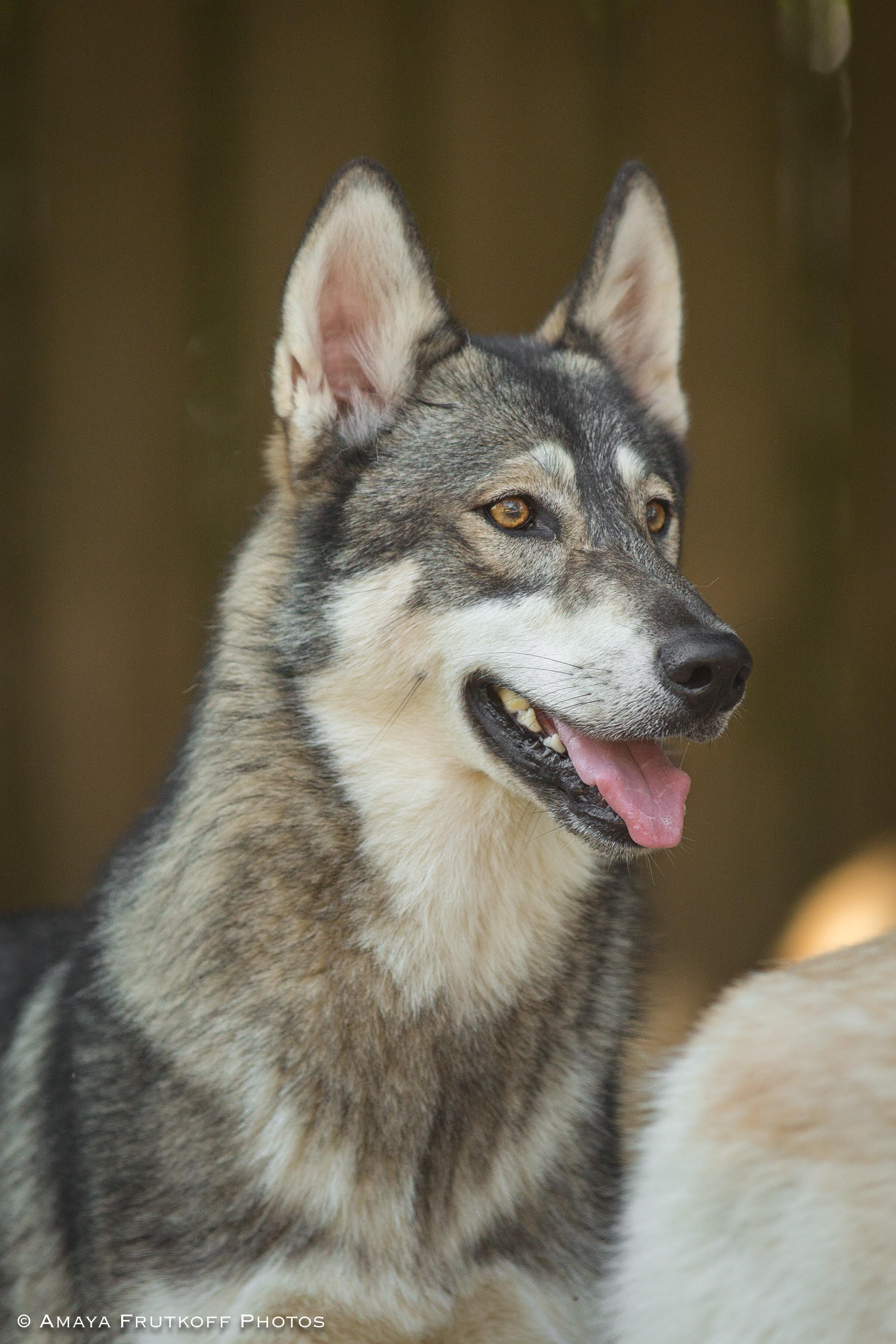 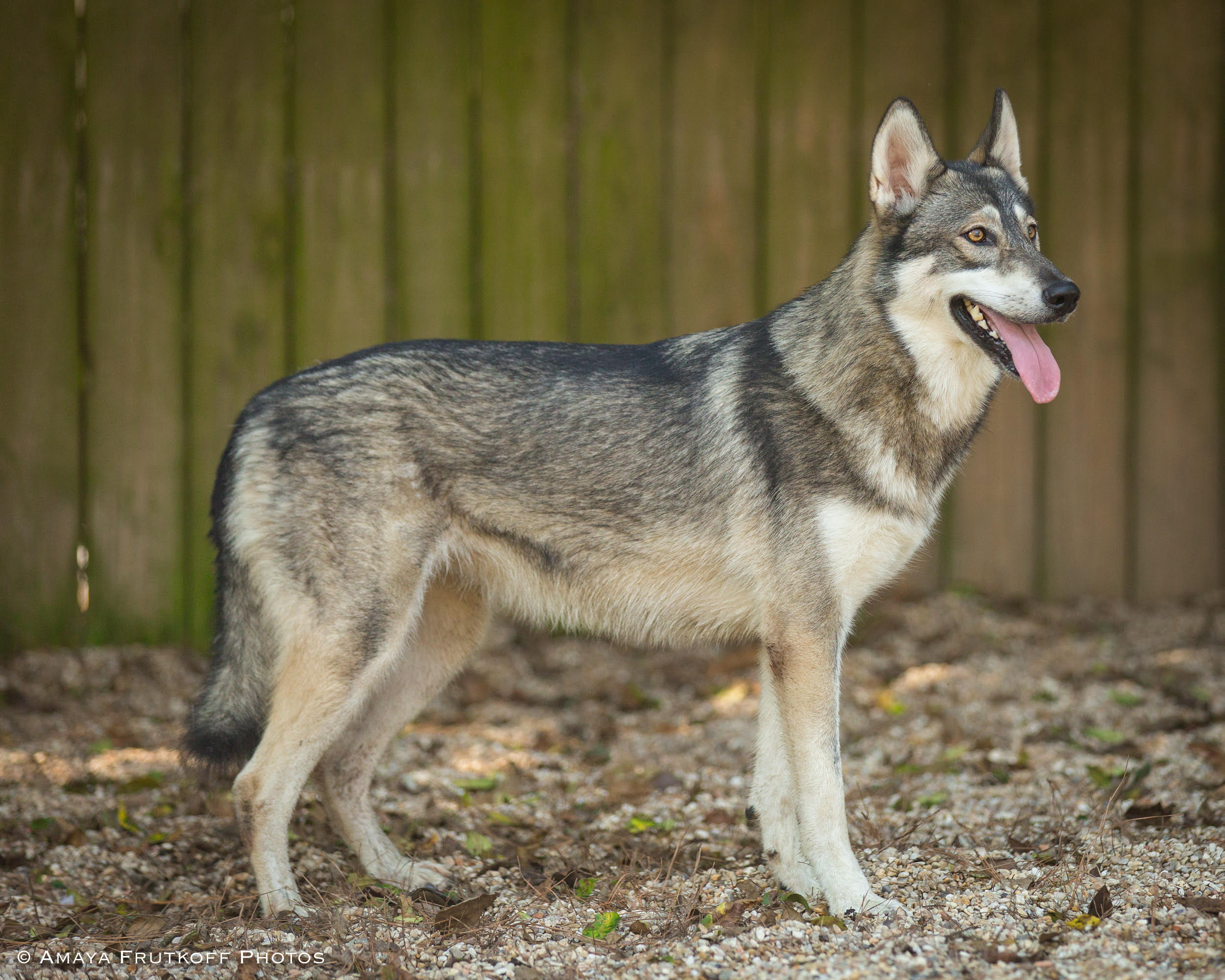 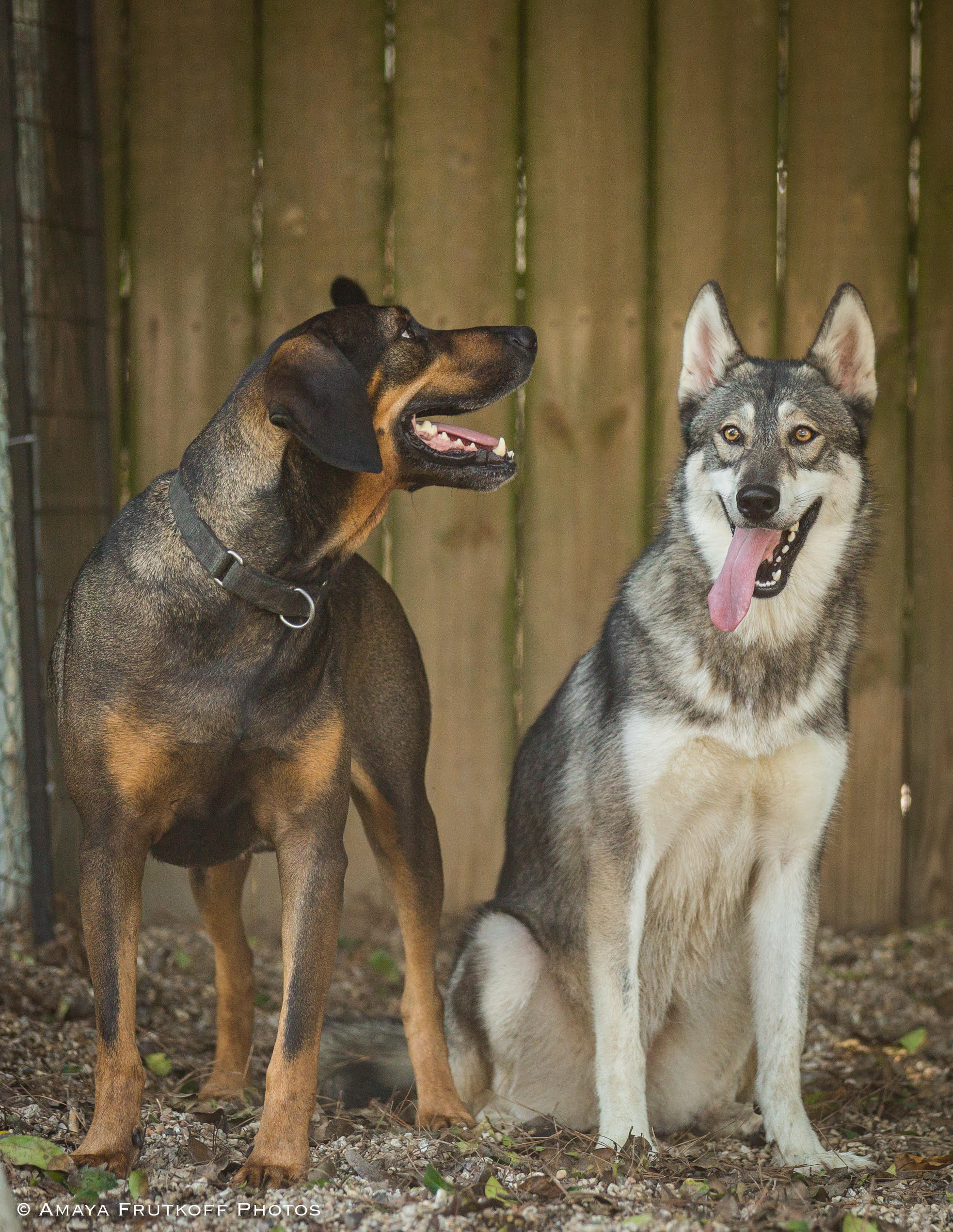 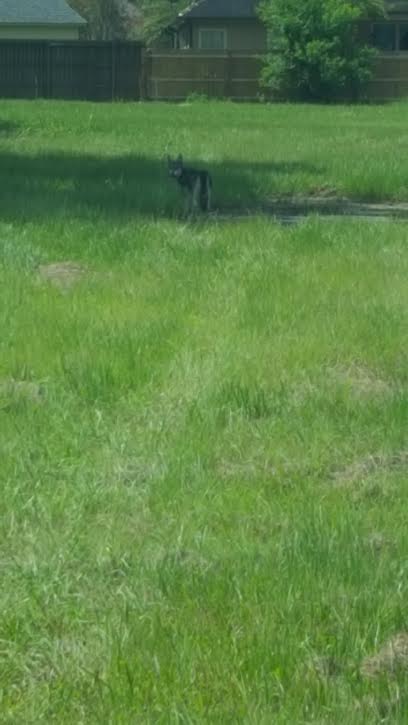 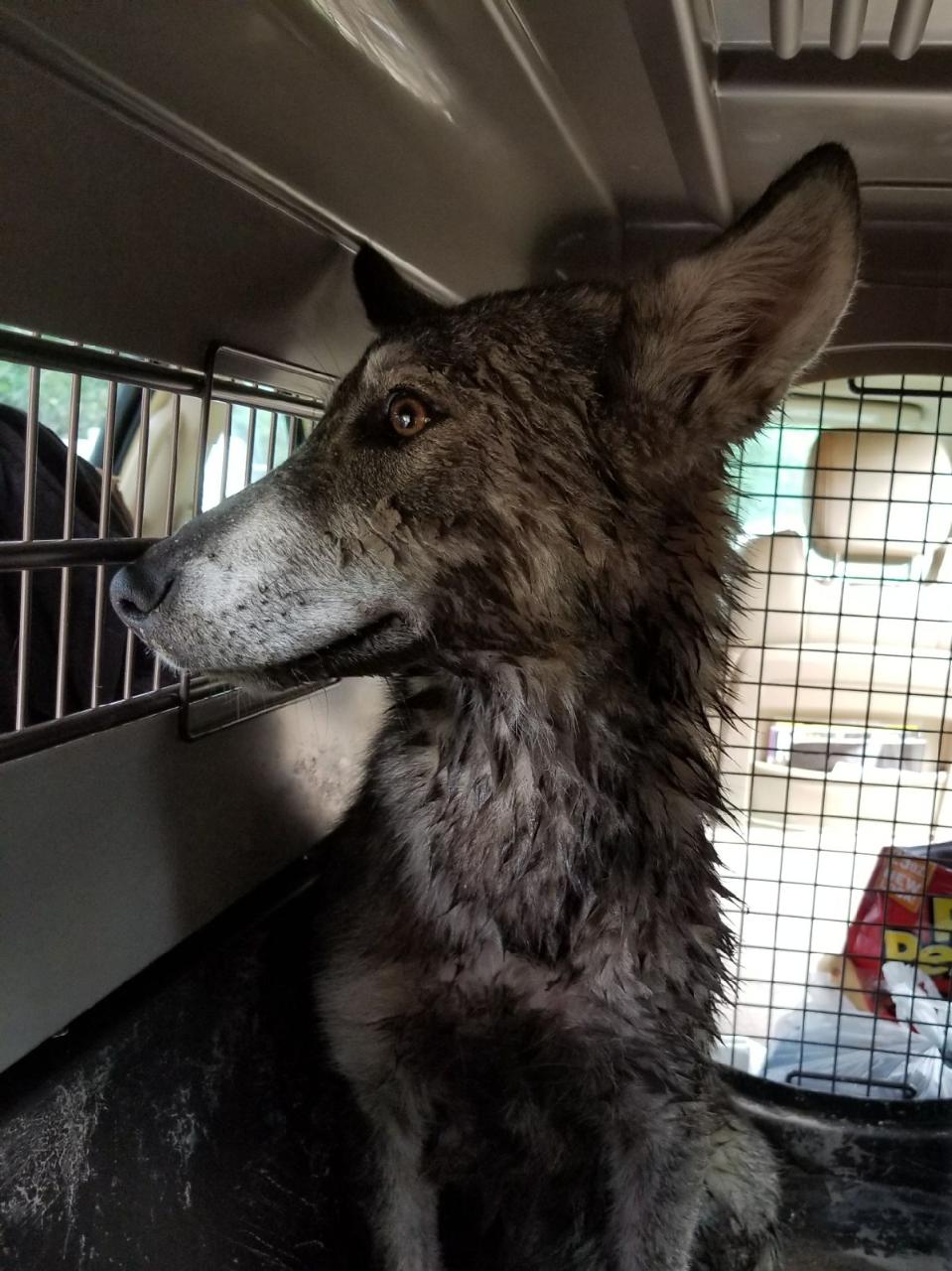 Her story began as a sad one.  The little coyote looking dog that we named “Coy Coy” was among a group of 13 wolf/husky looking dogs who’s owner got arrested.  After being abandoned for days, they began to get desperate and hungry and got out of their yard in an attempt to look for food.  Not threatening a single person or animal, local law enforcement decided that shooting them was the only option.  Thankfully local animal shelters called us in and it took us 12 hours straight but we were finally able to catch them all….except one….Coy Coy.

Having no choice but to come back (it was 1am and we had an RV filled with soaking wet and stressed out dogs), we begged the neighbors to watch out for her and feed her and that we would be back.  We kept our promise and a week later we were finally able to catch the little “lone wolf”.

To this day she is still untrusting of humans (can you blame her?) and she enjoys playing and romping with her two “sisters”, Hayley and Davina.  She has grown from a muddy little pup to a beautiful lady.  She will be safe with us forever.