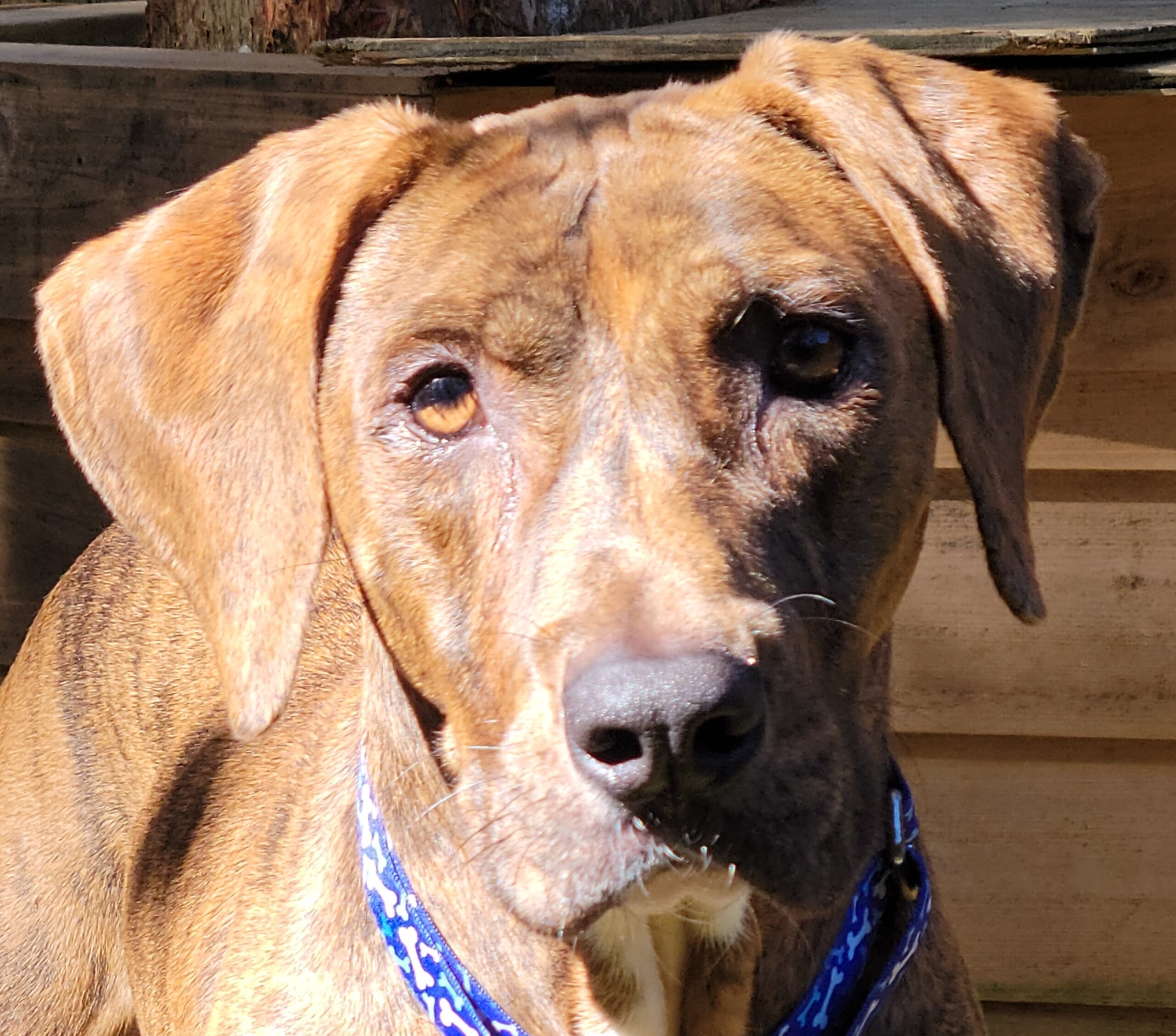 Gros (pronounced Grow) has got to be one of the happiest dogs we have.  And with such a sad start, we can’t explain why he is so forgiving.

Gros’ owners showed up one late afternoon at the house of a VRC employee, looking to dump Gros and his female companion (now named Kristi)  It was explained to them, that they could not give up their dogs at an employee’s house and needed to bring them to our facility on the following day.

Thankfully a good Samaritan spotted them and alerted us and we went and picked them up where we squeezed them in and began their medical treatment.

Gros ended up almost dying due to his severe heartworm condition.  Thanks to our amazing vets, they were able to pull him out of it and he is now on lots of medications as he goes through actual heartworm treatment (this takes months)

He is living with our founder/Tia Torres due to his delicate condition and after he gets through his treatment, he will be available for adoption.  For now this silly and VERY loving boy will stay under the protected arms of the VRC Sponsorship Program.