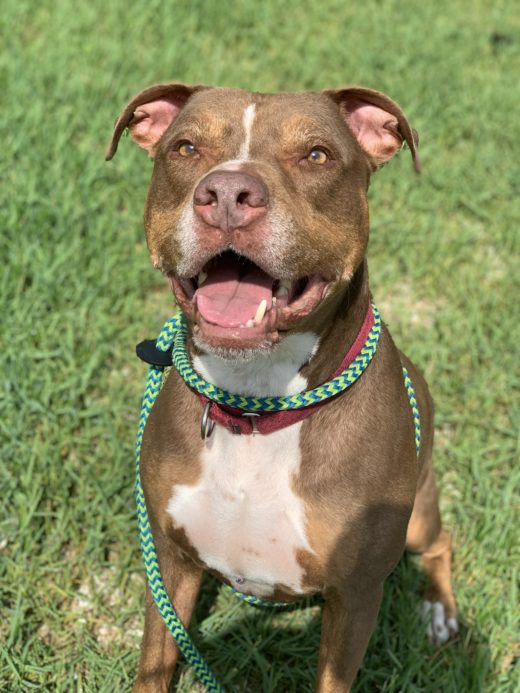 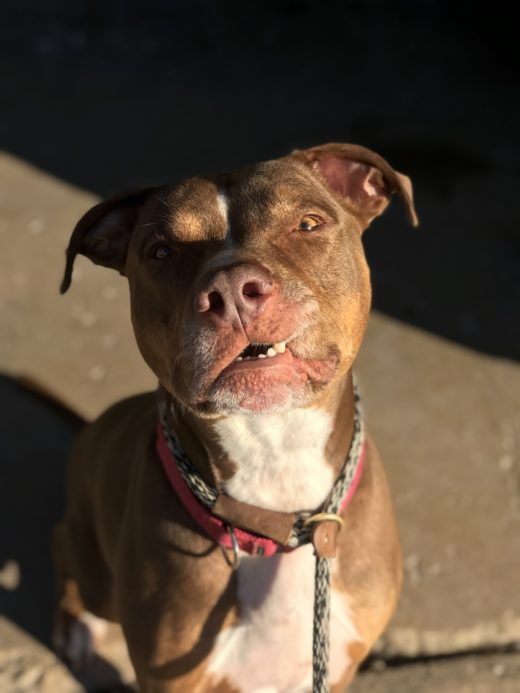 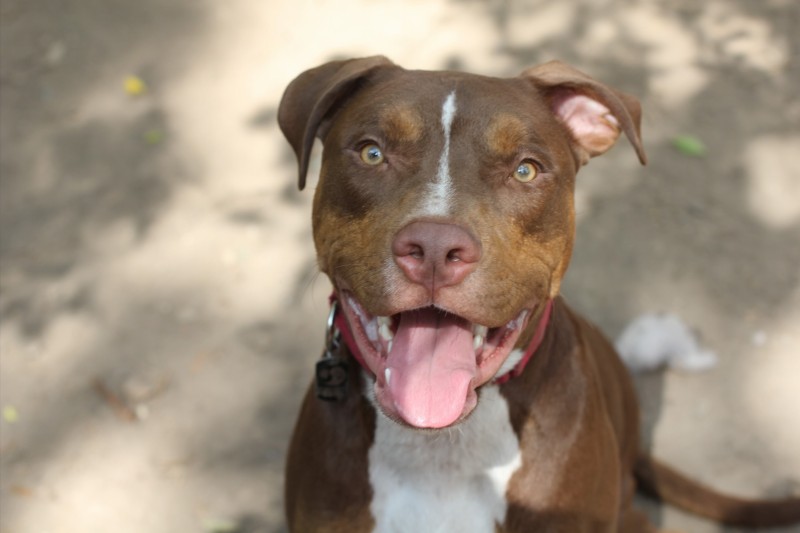 It was a typical Spring morning and it was not uncommon for someone to come by on a Saturday morning and try to dump a dog.  This morning was no different.  A man came by and said he needed to “get rid of his pup”.  The puppy was skinny but friendly and he appeared to be a Pit/Dobie mix.  We explained that we were completely filled up and had no room.  Before we had a chance to ask him what his situation was, he sped off.  About an hour later, one of our employees showed up and said that he had found a puppy on his way to the facility and when he opened his car door….there sat the silly red pup with the long legs that had just left our place.  It was obvious the owner didn’t care and threw him out on the street.  If not for the one in a million chance that a Villalobos employee would run into him, well we’d hate to think what would’ve happened to him.

So at that point, we told the pup “this is your home for now” and we named him “Homie”.  But like so many “cute puppies” who we think are going to get a home with “no problem”, it’s been years and now the “cute little pup” is a big handsome dude.   Size wise, he took on the height of the Doberman.  But as far as muscles……Pit Bull all the way.  So now this big hunk of a dog has been sitting here wondering where his “childhood” went.

Homie is a well behaved guy but he will need an experienced handler who can assume the leadership role.  He is a brilliant dog and would thrive with someone who has the thirst for training and excelling in their dog skills with a dog who is their equal.  Homie is athletic and thrives on a good challenge put before him.  We would love nothing more than to see our “little pup” be all that he can be.  He has a very special place in our VRC hearts.  Now we want to share that with you.