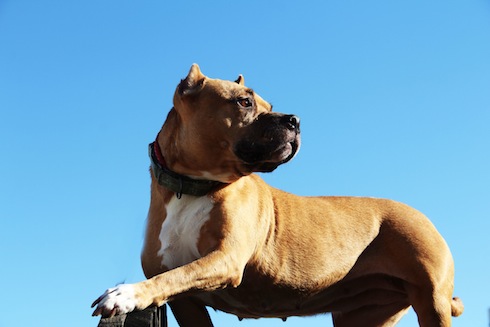 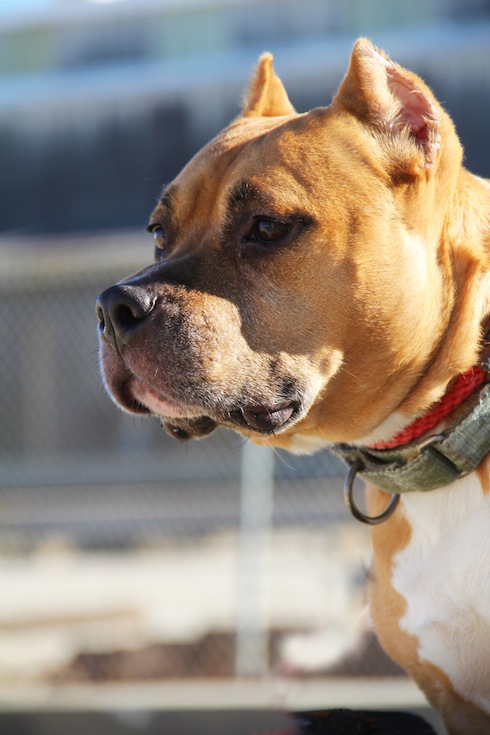 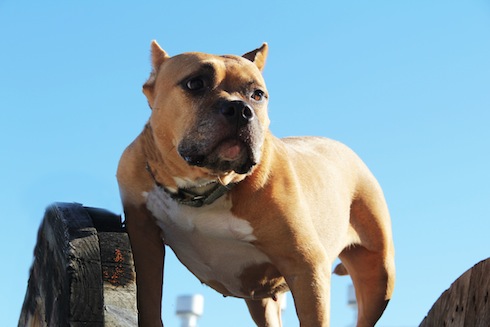 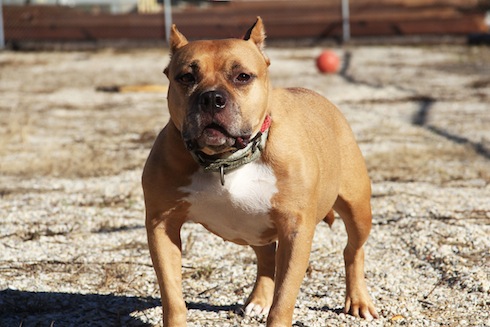 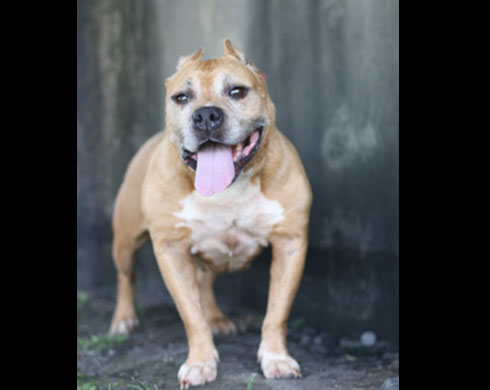 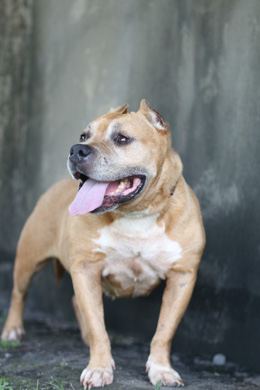 It was 2011 and we were in the middle of a huge move to Louisiana.  Leaving California was our priority but when I got the call to help six “Pit Bulls” (American Bullies) that had been kept in horrible conditions symbolic of a dog fighting operation, my heart bled for them. The only issue was (at the time), this would be my longest road trip ever to rescue a dog; New York.

So riding “solo”, I left the rest of my family in charge of packing and getting things ready to leave the “Golden State” and I headed out to the “Big Apple”.  I was welcomed to Long Island (Hempstead Animal Shelter) with such an overwhelming welcome,  that I was caught off guard (as you will see in the video).

Melfi was one of the six dogs that I brought back to California with me.  And then from there we began the trek back across the country to Louisiana.  It would take a few more years but eventually Melfi would get adopted by a wonderful woman who lived in the New Orleans area.  She went over and beyond to adopt this dog even dealing with some cancerous tumors that had to be removed from Melfi.  It was a match made in Heaven for our senior pooch.

So imagine our surprise when less than a year later, we got a call from an animal shelter in Mississippi, that they had Melfi in their custody (thank gawd for microchips).  Although the entire story of how she got out there never surfaced, thru some of our own detective work, we found our original adopter who told us she had some family problems to contend with and basically “did not have time for Melfi any longer”. *sigh*

Melfi has had such a roller coaster of a life to this point. All she wants to do is retire on our couch, lay in the sun on your porch and put her past behind her.  If you are someone who has NO OTHER ANIMALS in the home, and is willing to let this former East Coast Gal, spend her golden years in a home that will forever be hers…..help us prove to Melfi that not all humans suck.

Check out Melfi’s rescue story, along with her 5 other friends.