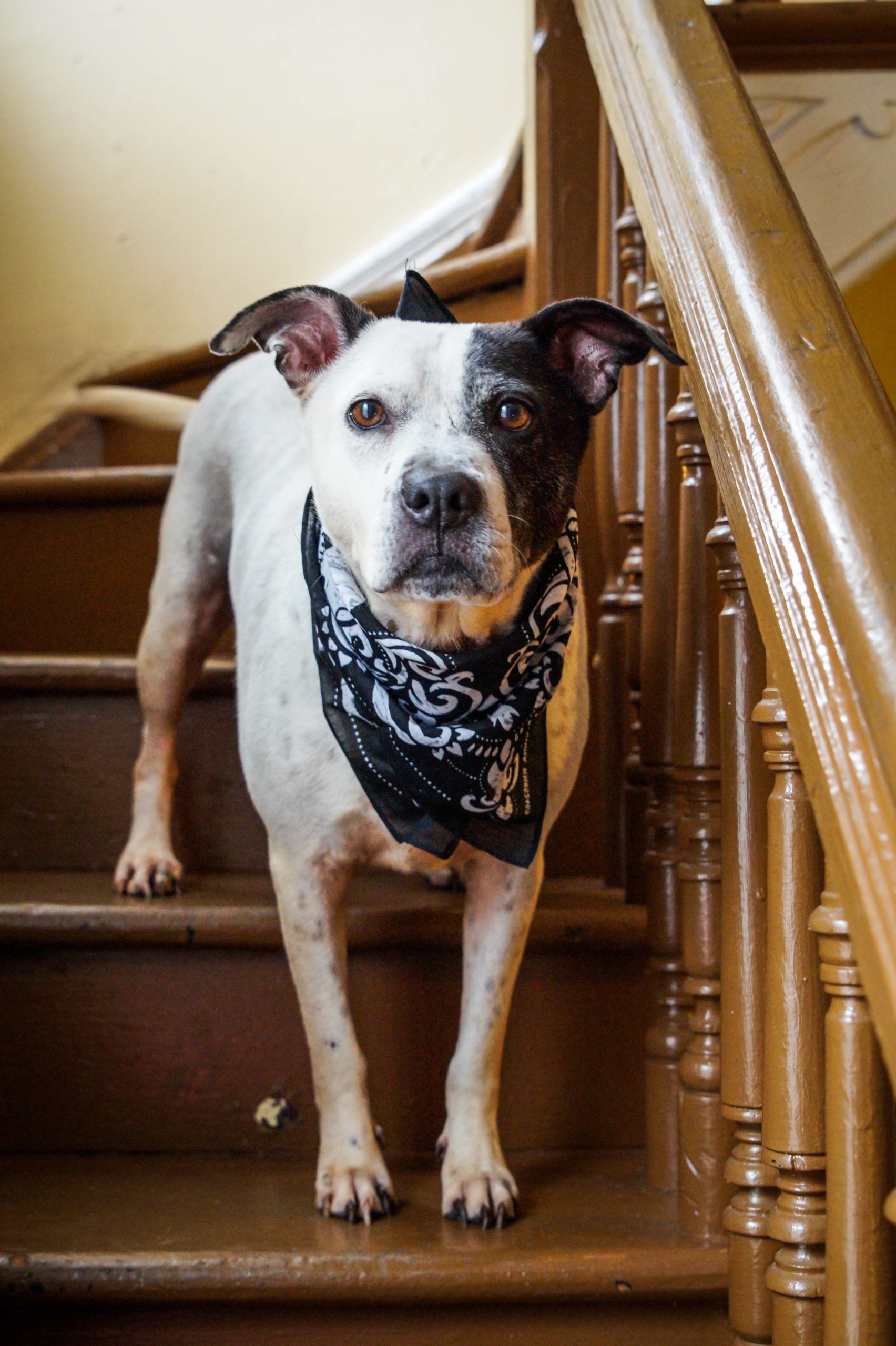 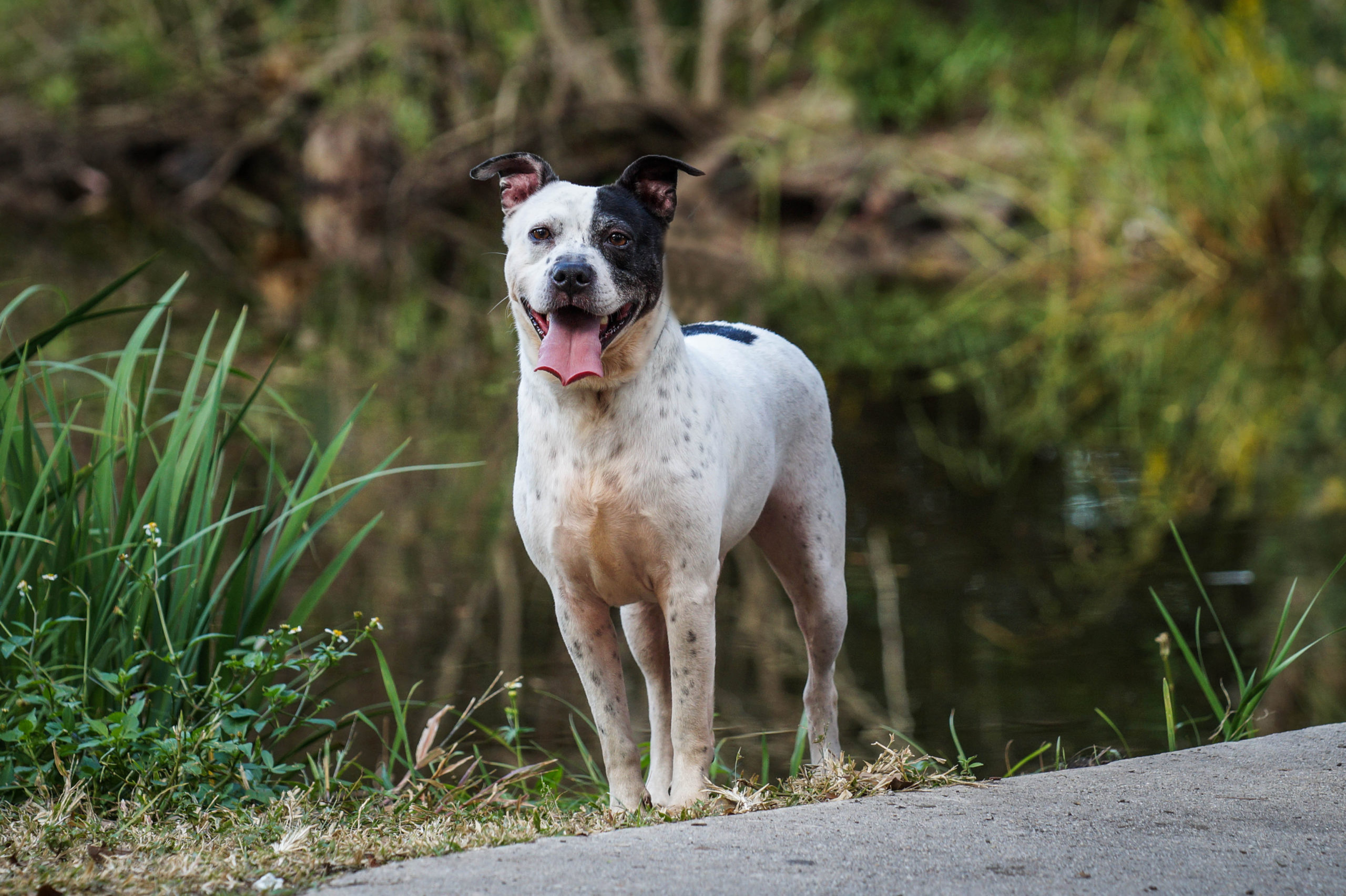 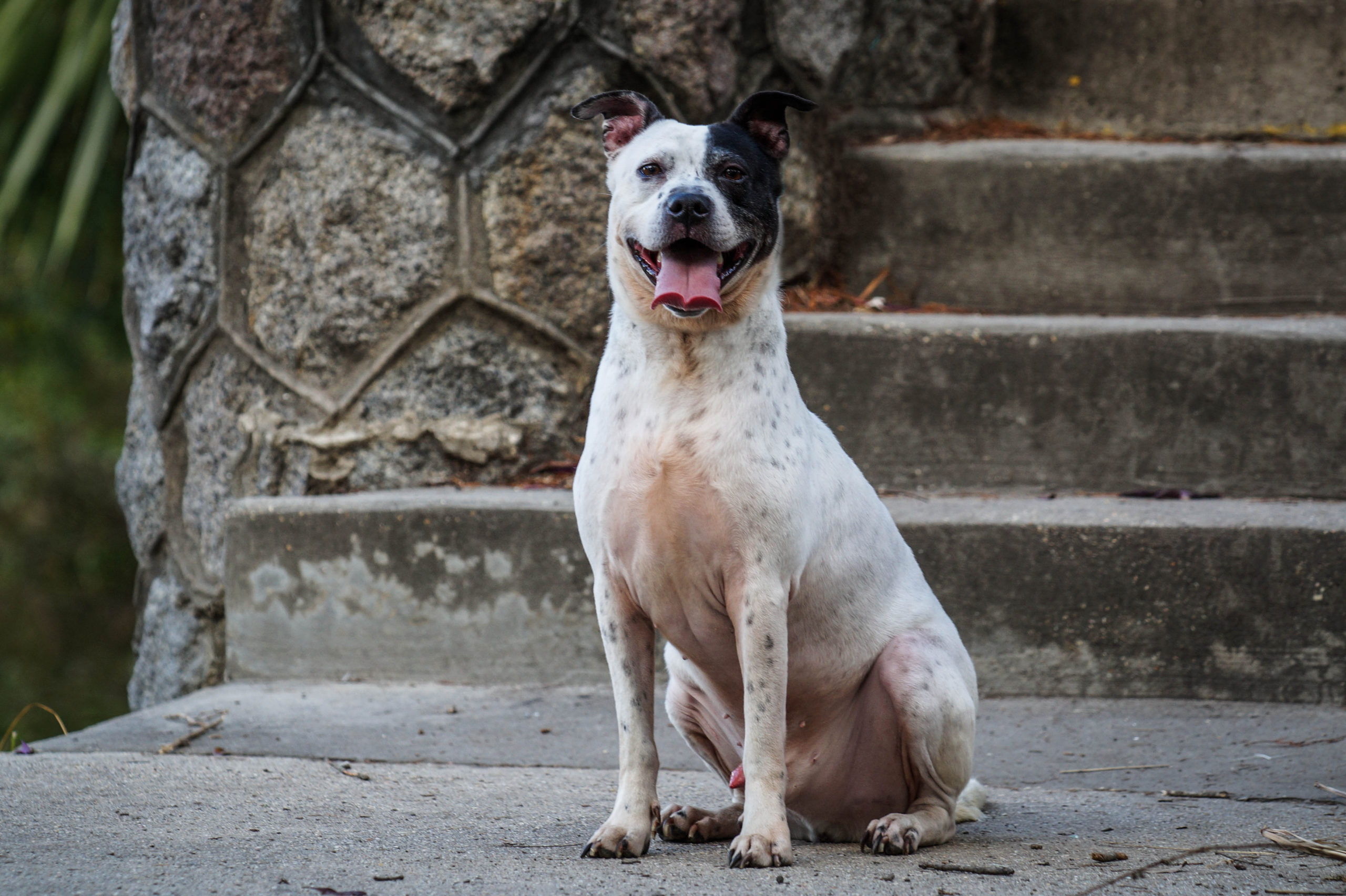 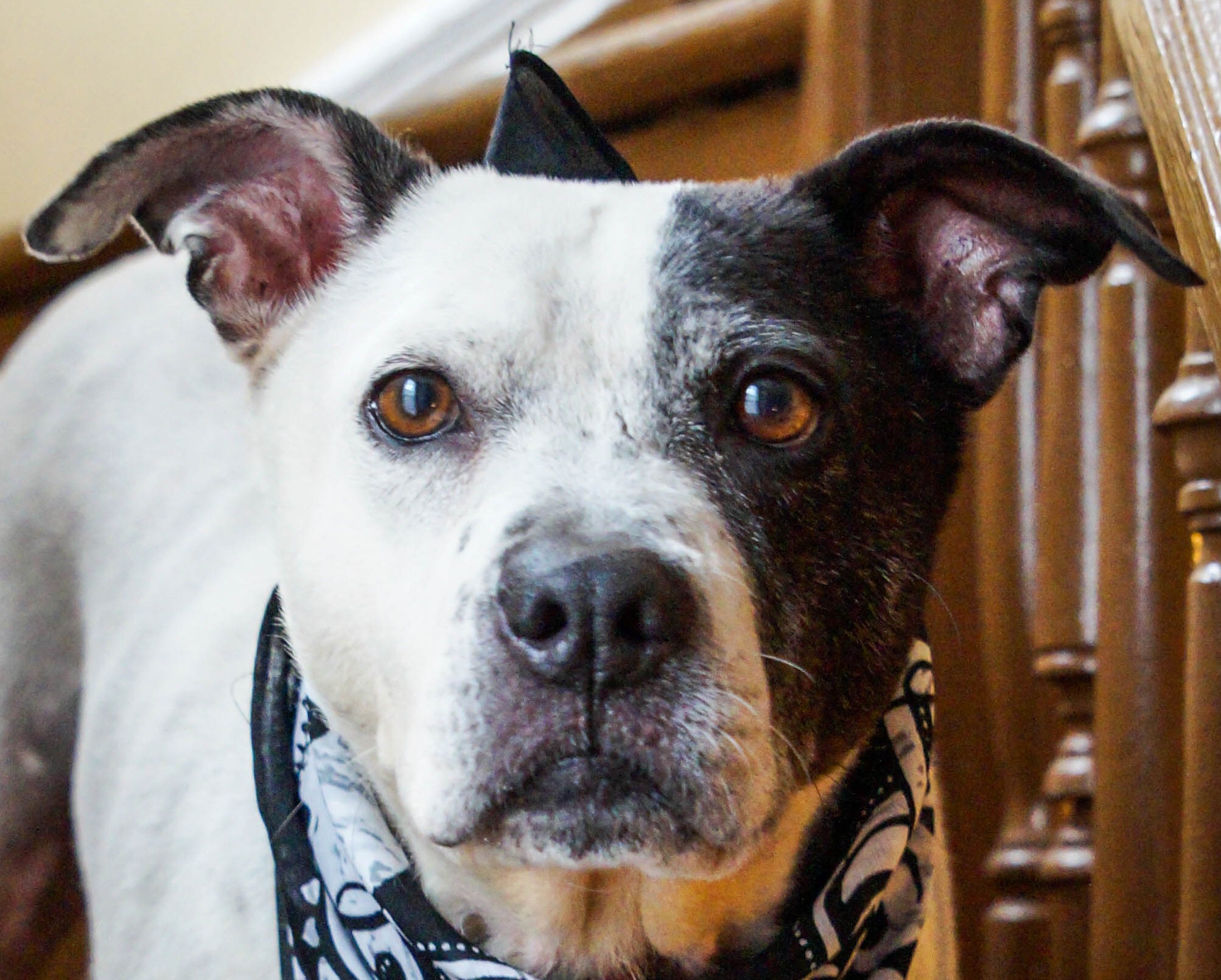 His rescue was featured on an episode of our TV show, “Pit Bulls & Parolees”.  Appropriately named, he was like a phantom as he appeared “out of nowhere” and disappeared the same.  It took us days to catch him but once in our care, we soon saw that he can be a little untrusting of people he doesn’t know…at first.  Who knows what he went through when he was running the streets so it is completely understandable.  But if his past life wasn’t bad enough, there were more troubles to come for Phantom.

In the late Spring of 2018, our worst nightmare came true.  With having a TV show, we always worry about people wanting our dogs for the wrong reasons, for example, a “trophy” or for “bragging rights”.  And believe it or not, our dogs become celebrities themselves and people have been known to obsess over them.   So it was late April of 2018 when a Pit Bull rescue group that we had been helping, DOGNAPPED Phantom and four of our other dogs.   It took us months of searching the country but thanks to a dedicated police department and the dog rescue community who kept their eyes open, all of our dogs were finally rounded up and returned to us.

But this all came with a price not only for the dogs but for VRC as well.  It ended up costing us $125,000 in legal fees but we were finally able to get the DOGNAPPERS arrested and charged and they are currently awaiting trial.  And yes, all of the dogs suffered emotionally and some physically but like the true Pit Bulls that they are….they are all so resilient!

But Phantom and his friends are now finally able to get a home of their own!

But now Phantom’s trust level has gotten worse so he will need a special home.  It takes him a little bit to feel comfortable around people he doesn’t know but he gets over it quickly.  So we are thinking a quiet adult home would be best.  He just needs stability and something permanent in his life.  Phantom needs his own family that will always protect him and make him feel safe.  He does get along with other dogs (Tituba is his best buddy).

We would also like to find him a home where there are as many thunderstorms as we have here in the South. He is petrified of thunder and will crawl up in your lap and look for a snuggle until it all passes over.

Phantom needs to know this his journey in looking for love and comfort ends with you.