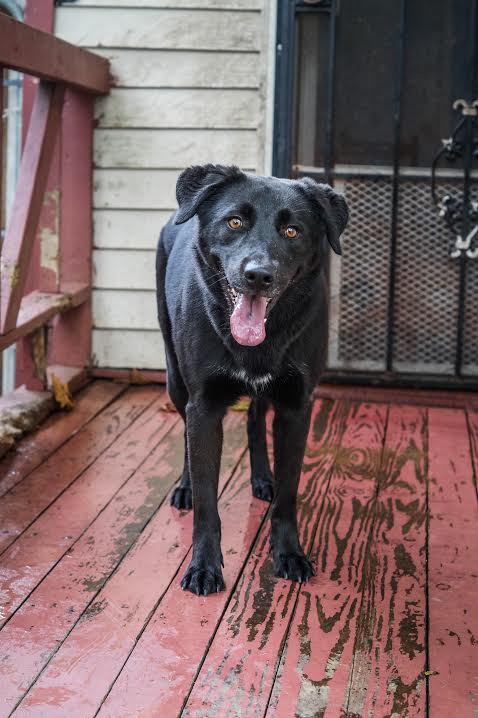 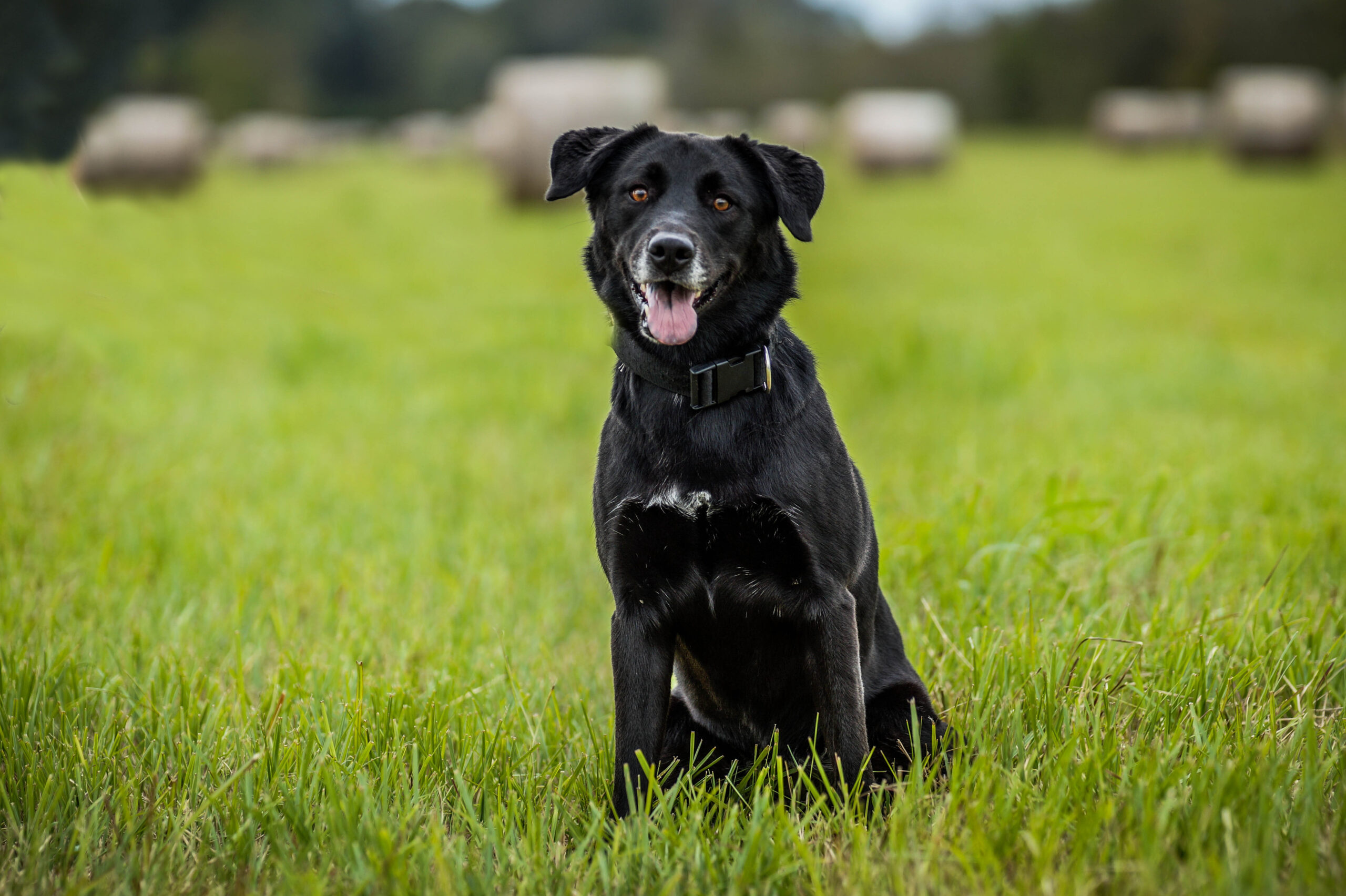 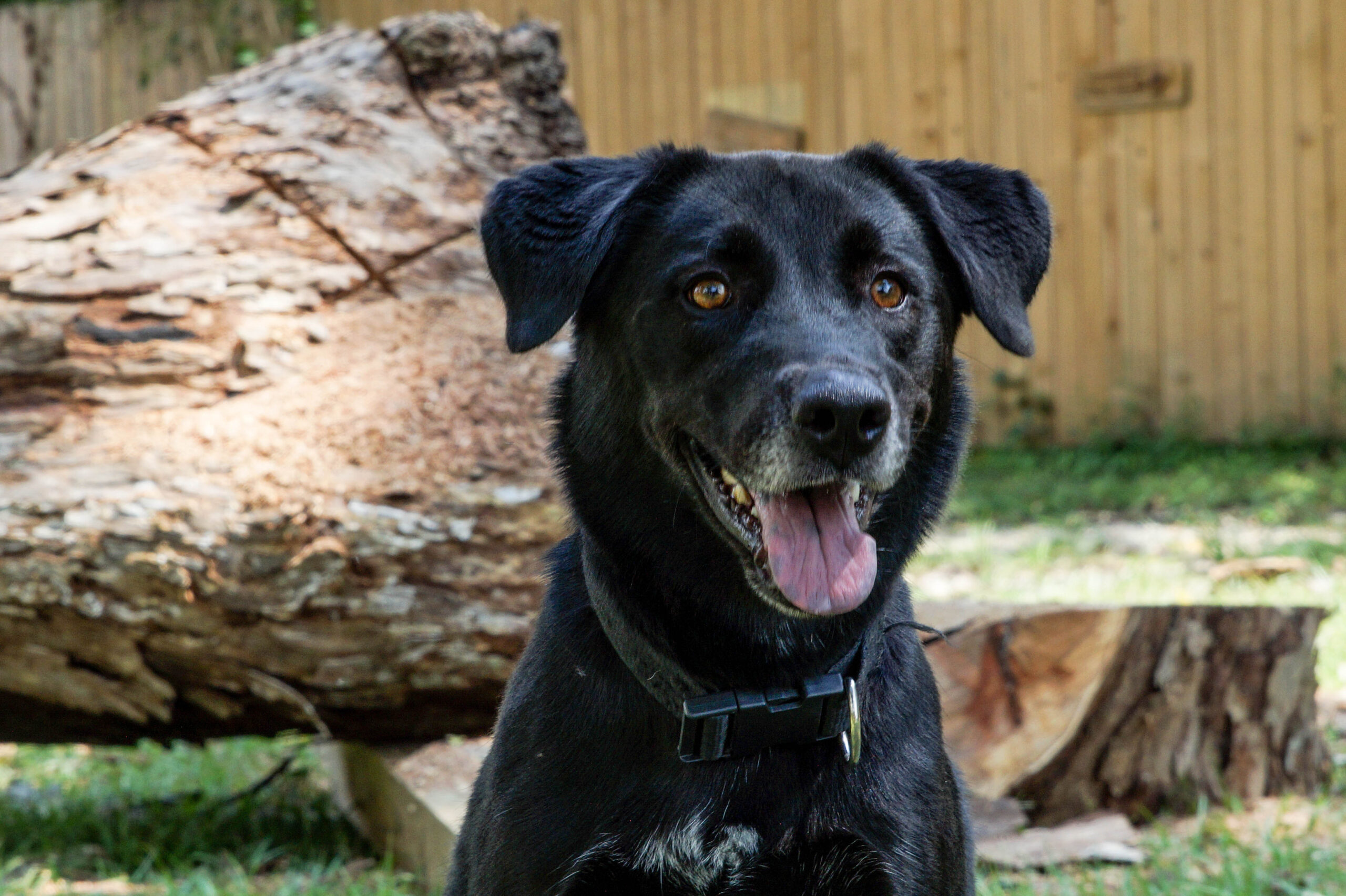 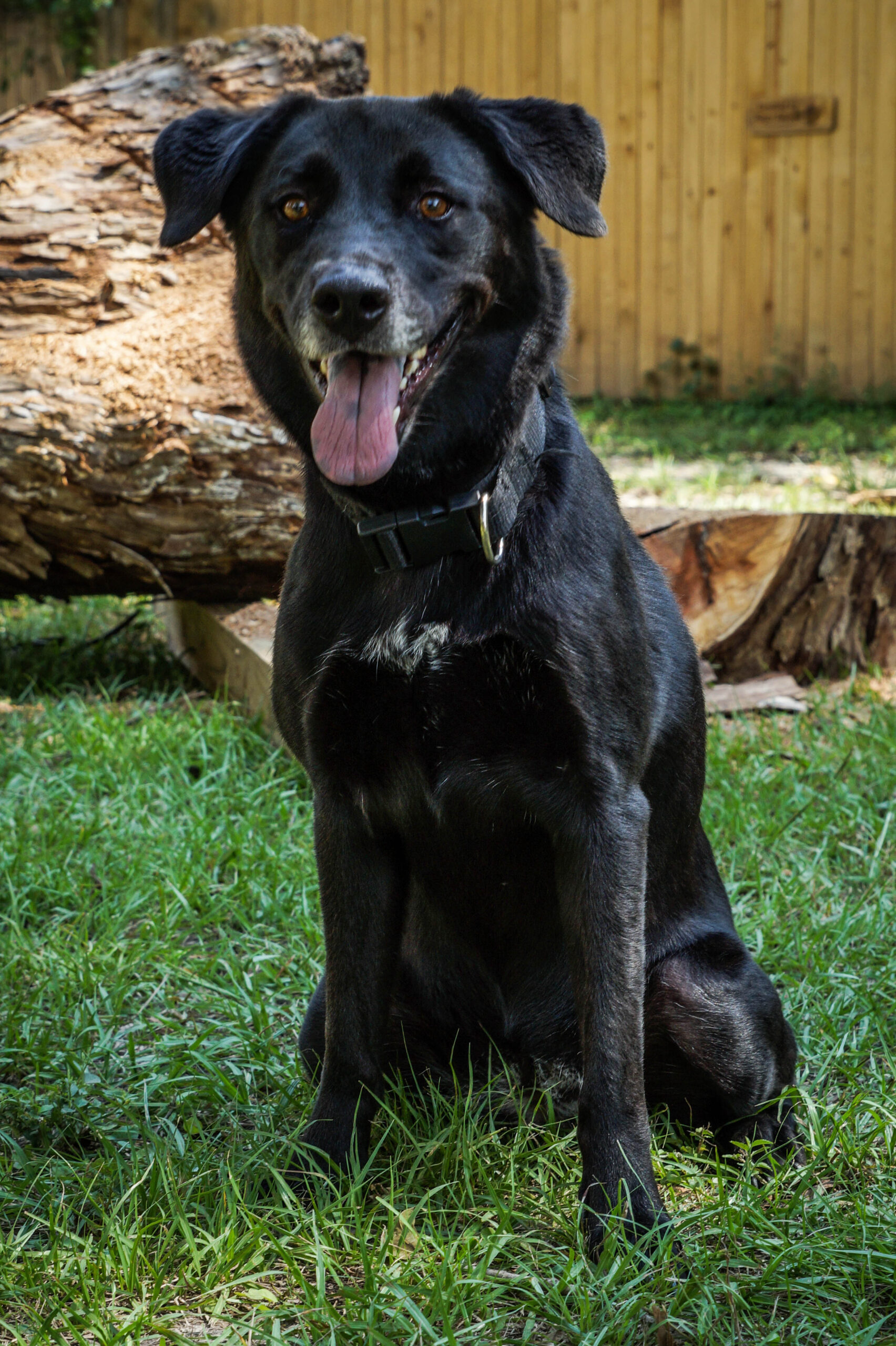 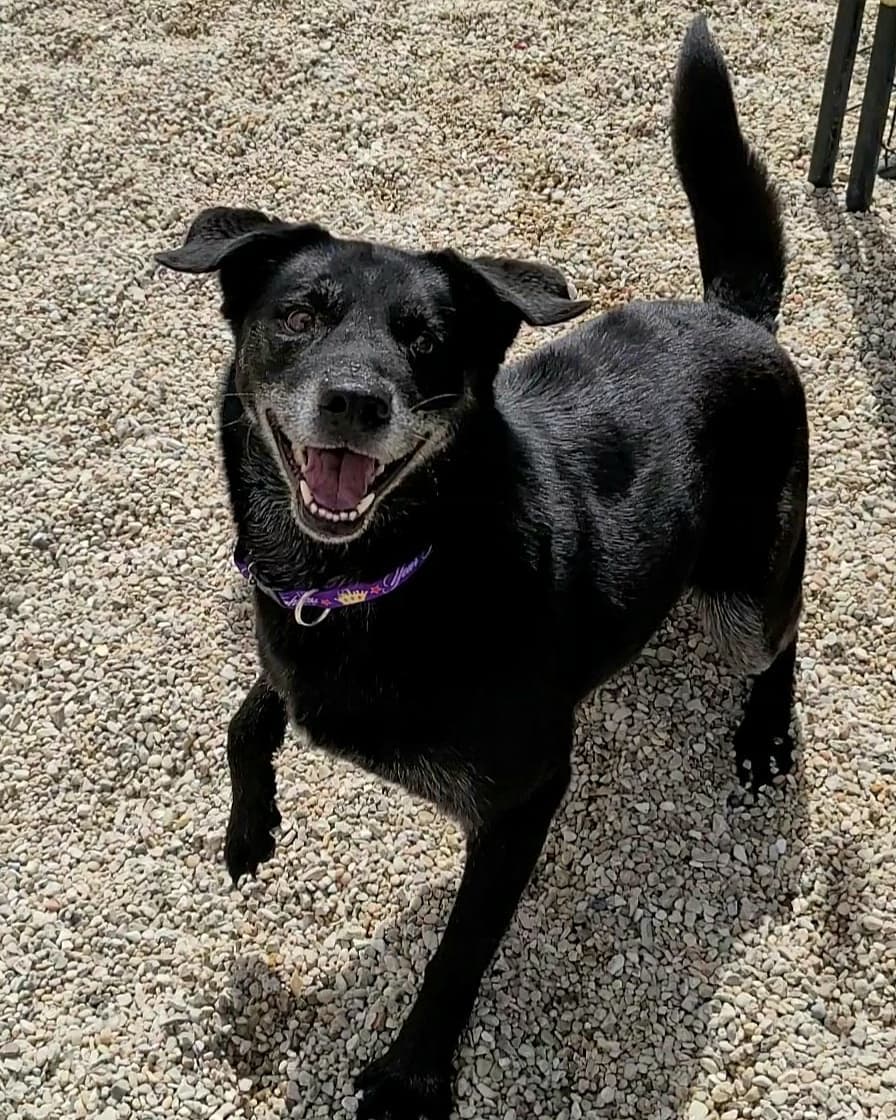 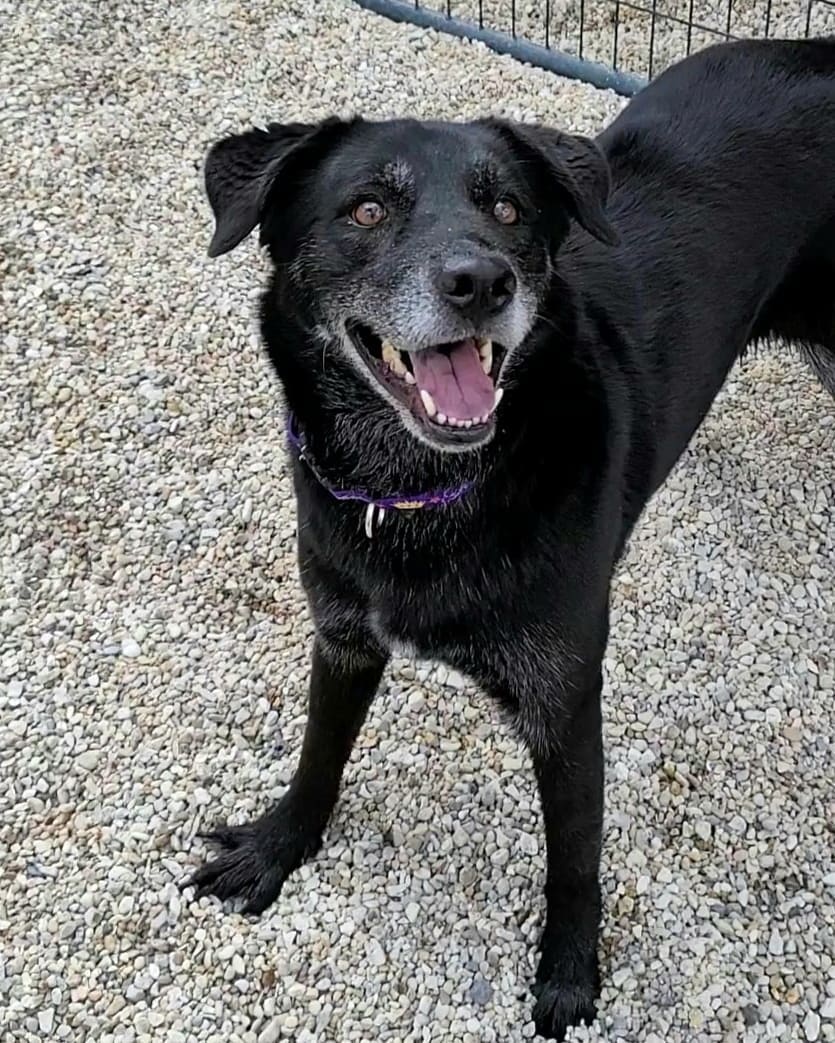 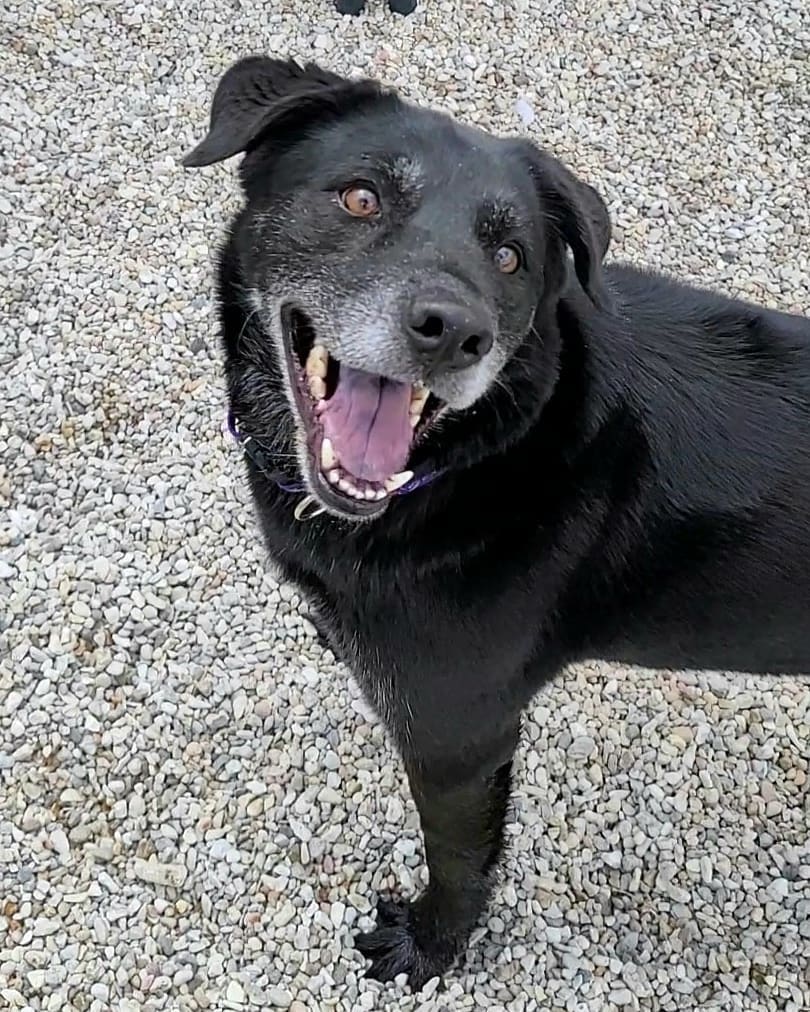 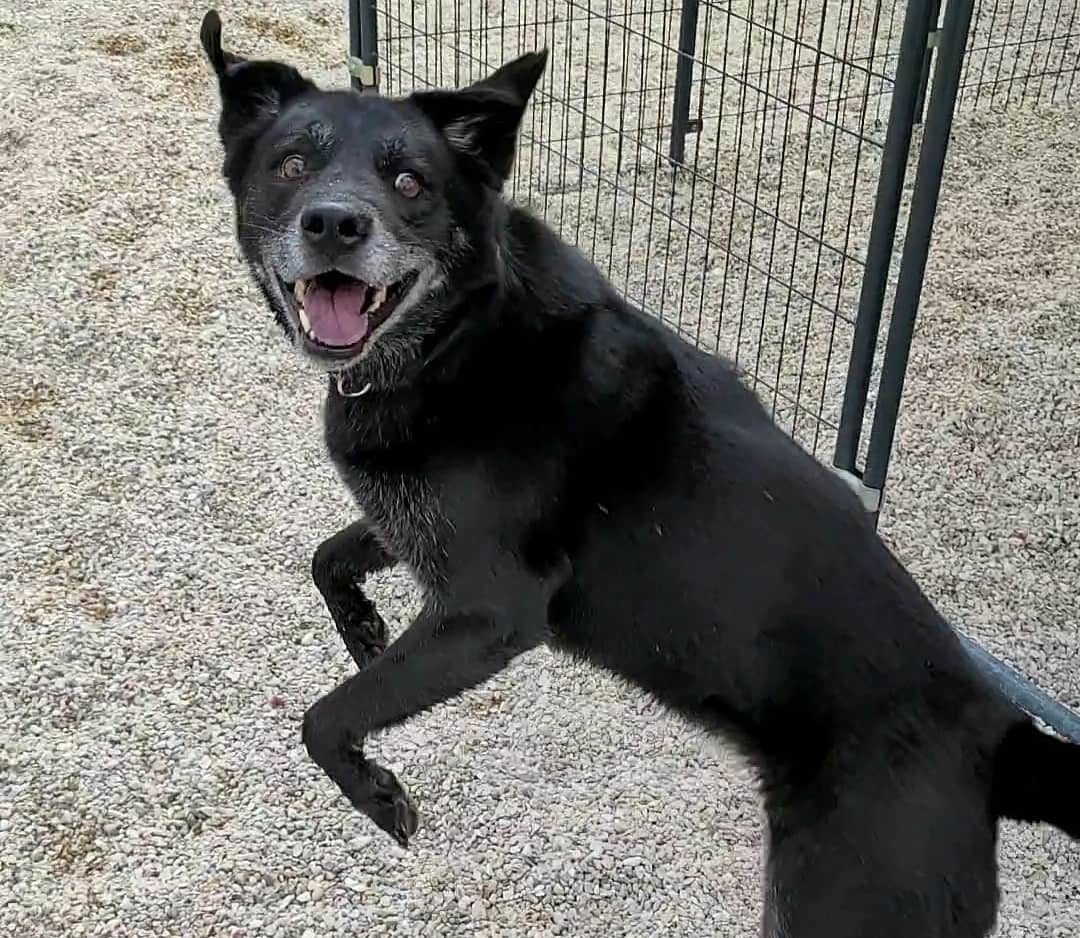 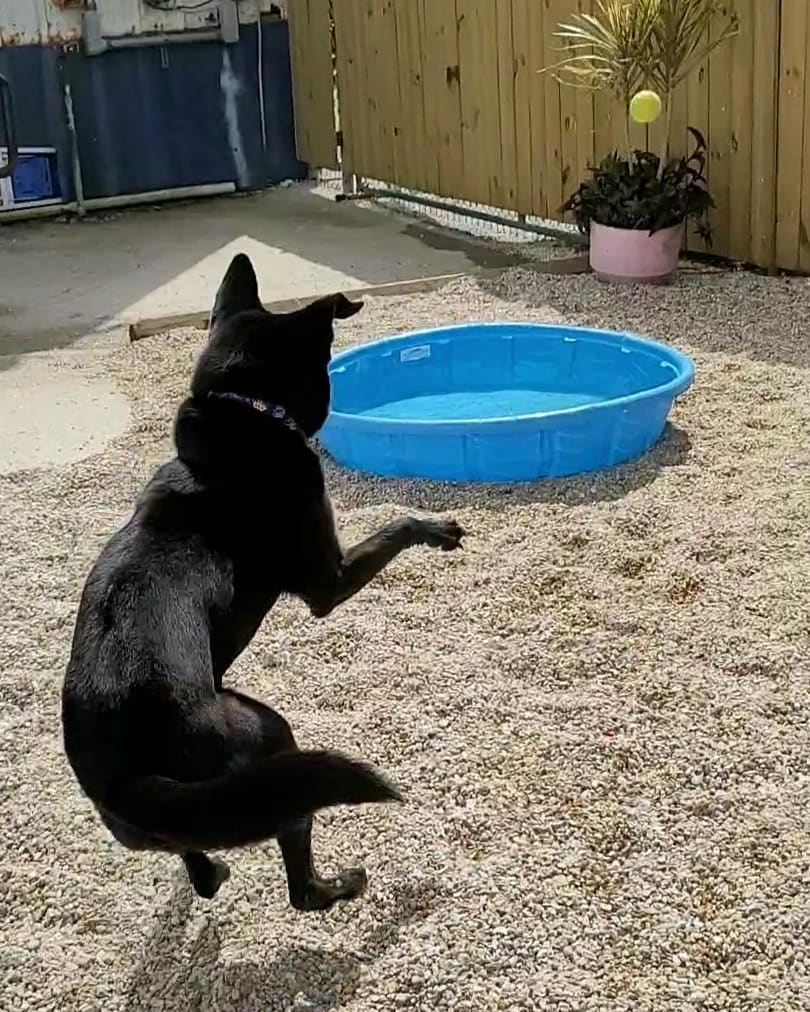 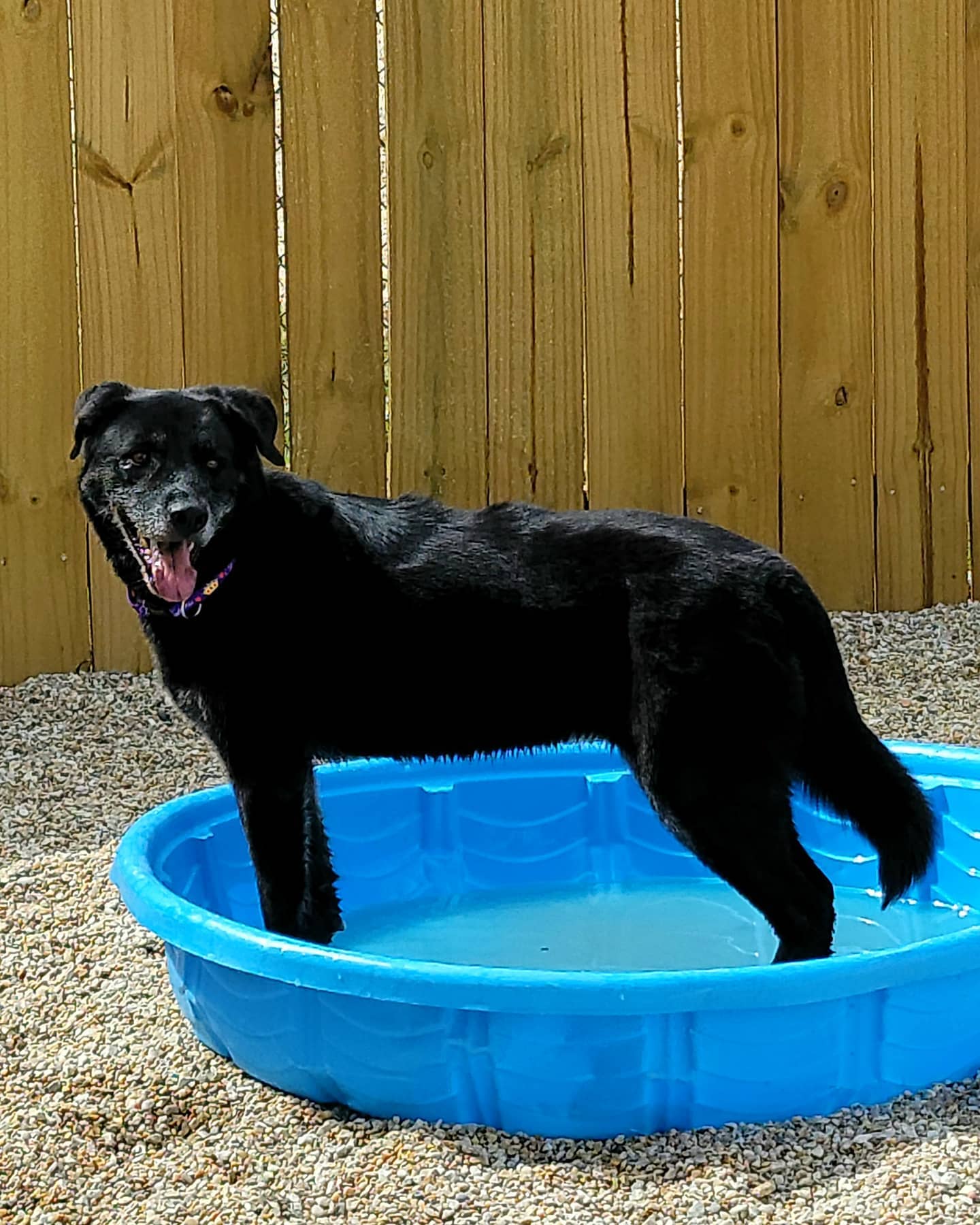 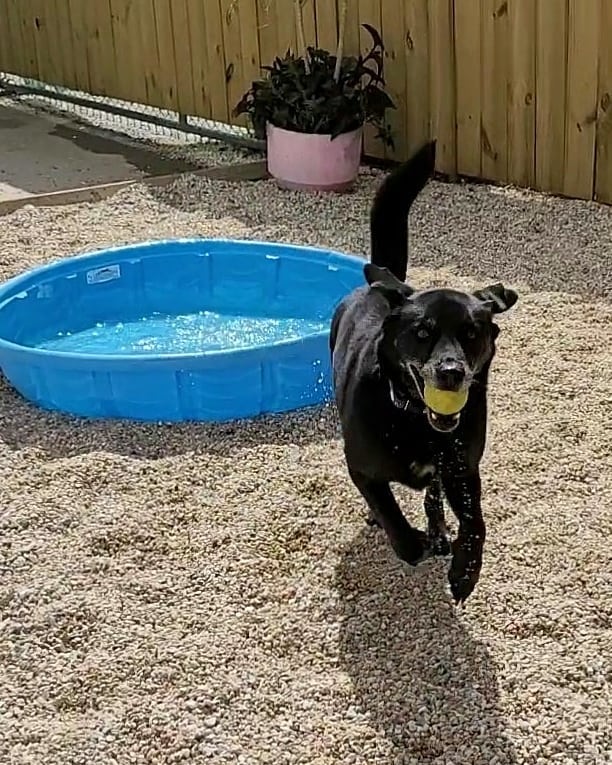 With a name like Pollywog, I’m sure you can guess how she got her name.  Yup, she was found in the swamps of Louisiana (in the small town of Pierre Part; home to History Channel’s “Swamp People”)  We got the call that a stray dog had been down in the bayou and injured and some local swamp boys, rescued her out of the water and held onto her until I could arrive.

Once on scene, I had to walk her out of the area and to my vehicle. But one small problem…I had just had surgery from my leg injury and was on crutches.  So here I am hobbling down a dirt road and trying to walk this dog…until we both got rescued.  A local deputy saw us struggling and offered his assistance.  He helped me get the injured down into my van and off we went to the vet.

Pollywog soon became an employee favorite due to her love of children.  She sits next to them and just stares into their eyes like she is about to melt.  She just can’t get enough of them. But her admiration for people, in general, is obvious, when she pulls off her signature move of getting in your lap and putting her front legs around your neck, and giving a big squishy doggie hug.

So why doesn’t she have a home?  As her love of people is overwhelming, she is not fond of dogs. Don’t get me wrong, she won’t attack them or go after them if you’re walking down the street. She just wants nothing to do with them and if a dog gets too pushy with her, she will simply “snap” at them as if to say “back off!”  She just wants to be with her human.

If you are looking for a dog that will snuggle in bed with you, curl up on the couch and binge-watch every Netflix series out there and give you a hug when you’re having a bad day….our little frog dog is the one for you.