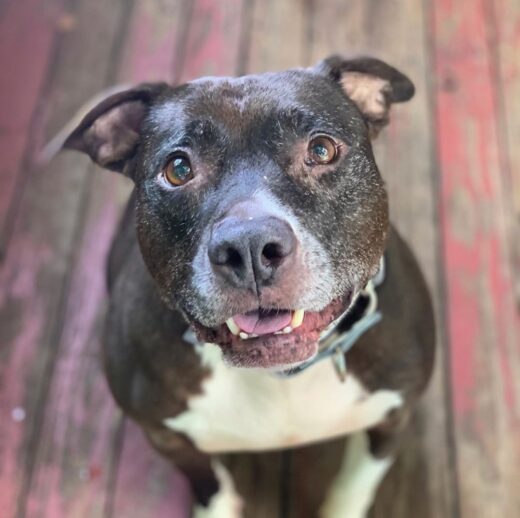 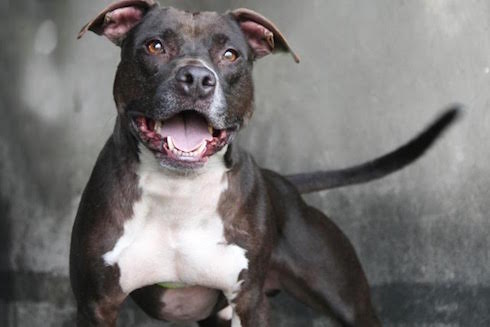 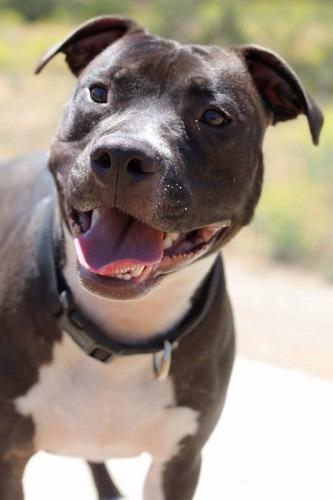 Lil’ Rocky and his brother are yet another rescue story from New Orleans. Found as small puppy by a good samaritan, they were basically skeletons draped over with skin. They could barely walk and if that wasn’t bad enough they were infested with sarcoptic mange. But like a true Pit Bull, he and his brother bounced back in leaps and bounds. But Lil’ Rocky started causing some mischief at his good samaritan’s house so we took him on here at VRC. His puppy-like antics do keep you busy and he will need a fun household. He has to go be one of the silliest pooches we’ve ever had here. Though he is good with kids, they probably need to be a little older as he is a total wild child. But despite his energy level, he is soooo loving and adorable and a complete doll. Don’t let his tough name fool you…the only rock in his name is Rock of Love.