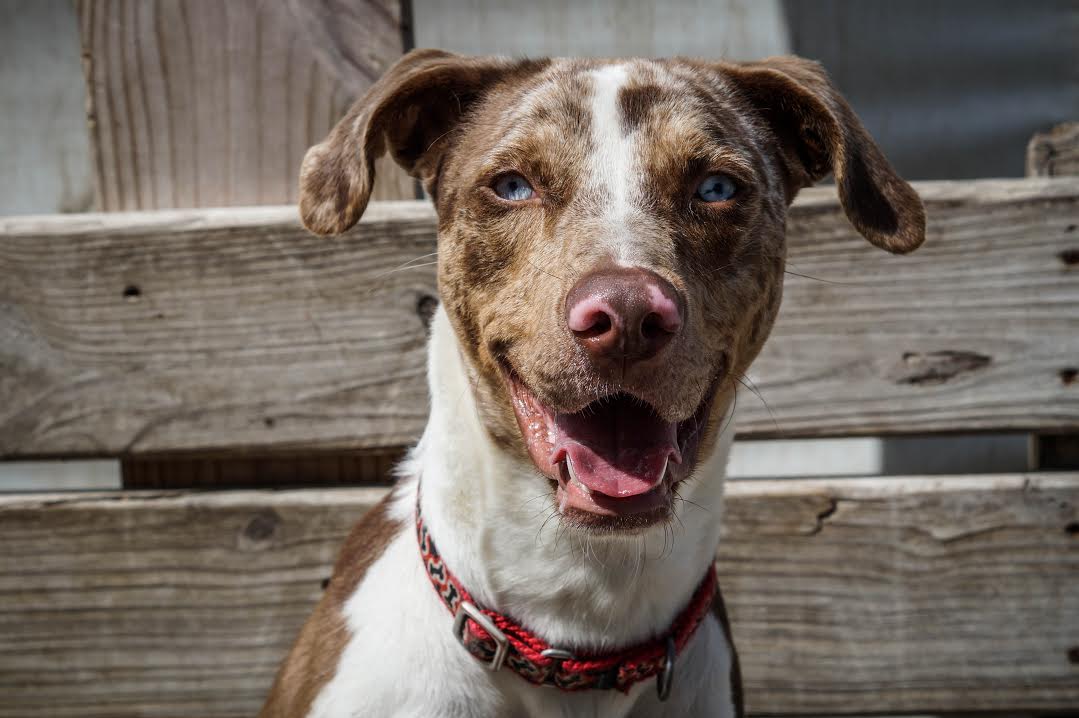 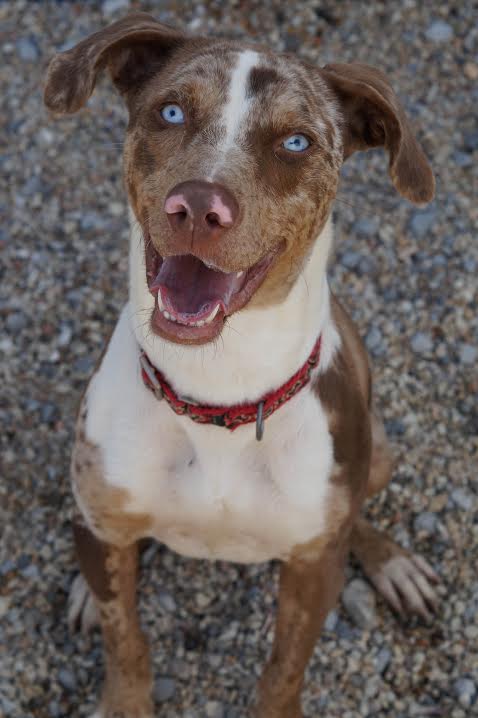 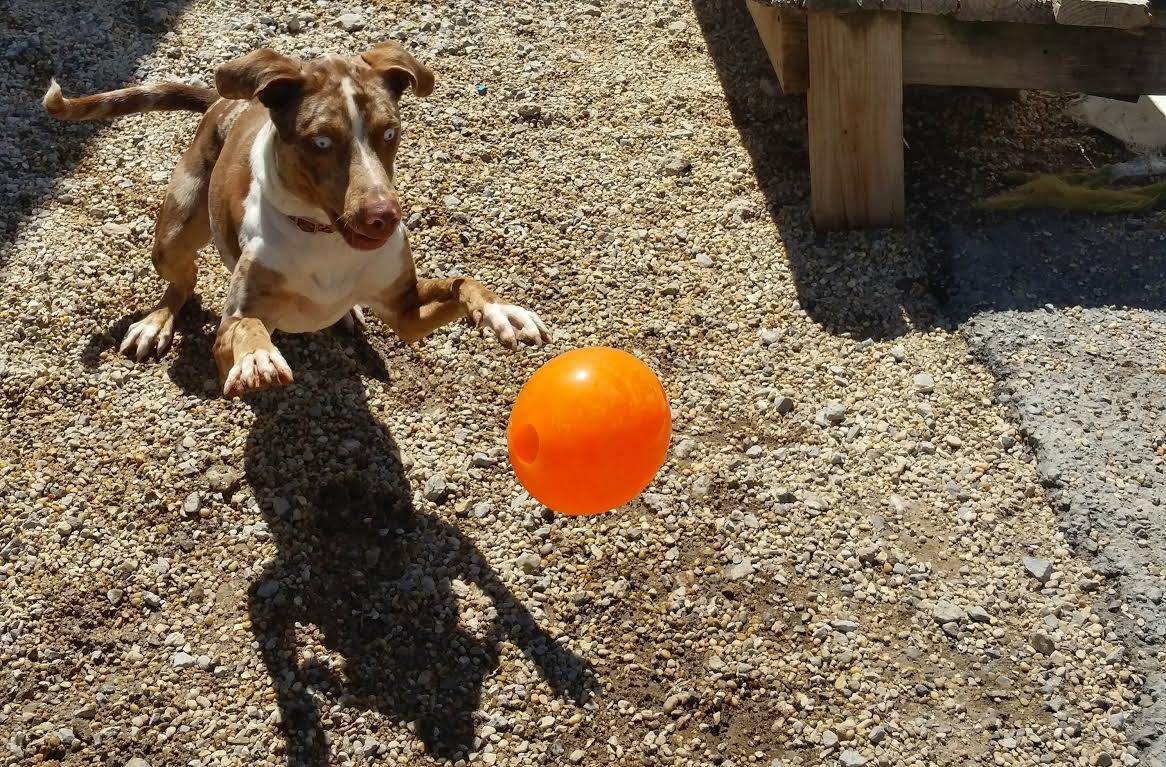 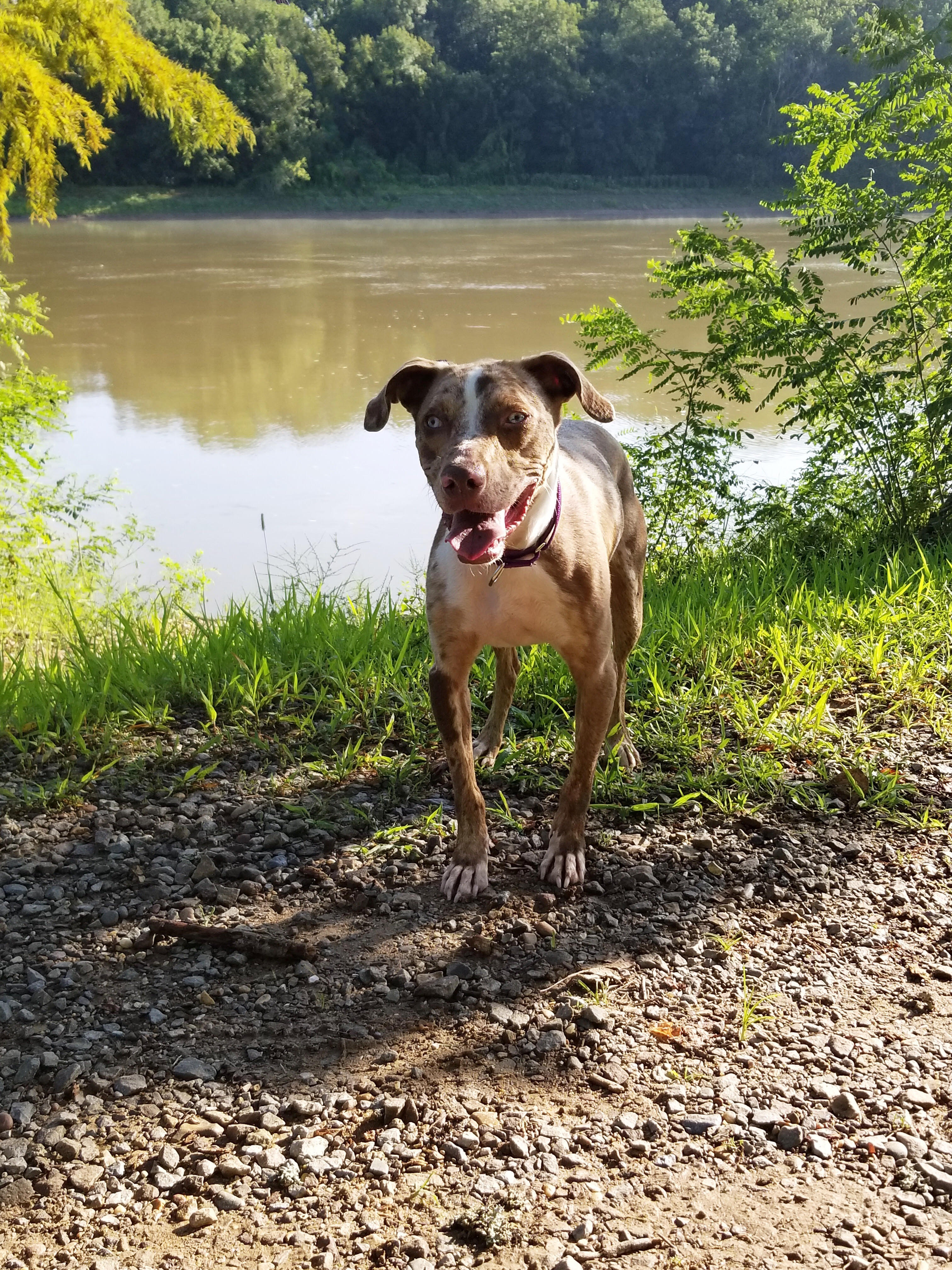 Roux (pronounced Roo) is one of our hardcore “swampies”  Like he literally came out of the swamp as a stray and being a Catahoula Leopard Dog (the official state dog), he won us over the second we met him.

Unfortunately, we found out that Roux has this one undesirable trait that caused him to be returned twice from getting adopted out and also being kicked out of one of our prison dog programs.  Yet with us, we are able to manage it without incident.

So, Roux is now the official “dog tester” for VRC.  He is SO dog friendly and tolerant, that we now use him to test incoming dogs to see how they interact with another dog.   So now he has a permanent place with us and helps many dogs move forward with getting homes of their own.

With his mischievous eyes, there is no doubt that Roux has given us some challenges throughout the years but now realizing that his place is here with us, he would love some sponsors who appreciate his “wild side”