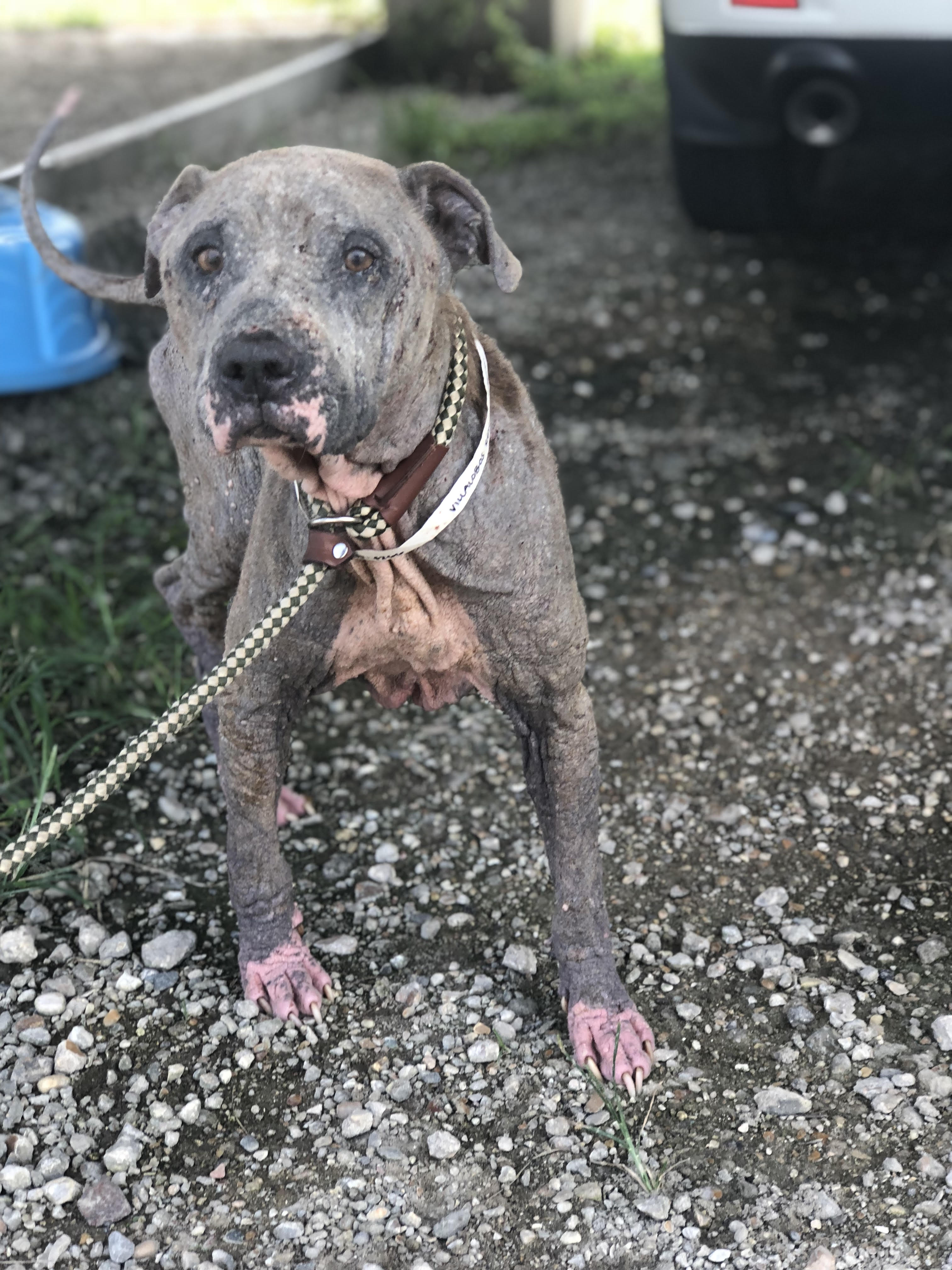 This boy is one of the saddest rescue cases we’ve come across.  Found on a good Samaritan’s front porch, he was curled up in a ball and had just given up on trying to survive.  Now under our care, his medical needs are extensive.  He has an auto-immune disease, several allergies, babesia (which can be fatal and the fight to cure it is a very long process) and is hyper-thyroid.  He is on many different medications and has to have medicated baths several times a week.

Sadly, at this time, we do not know if he will ever be able to be adopted due to his extensive list of medical issues but we are hopeful.  He’s really trying to become a dog again.  He’s such a sweetie.