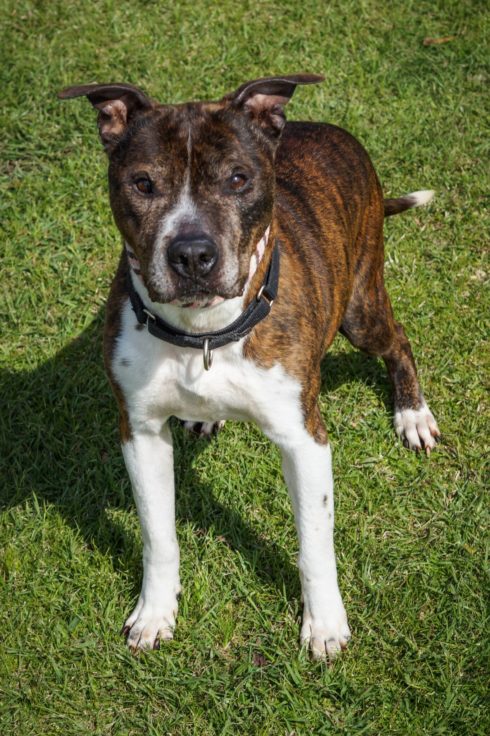 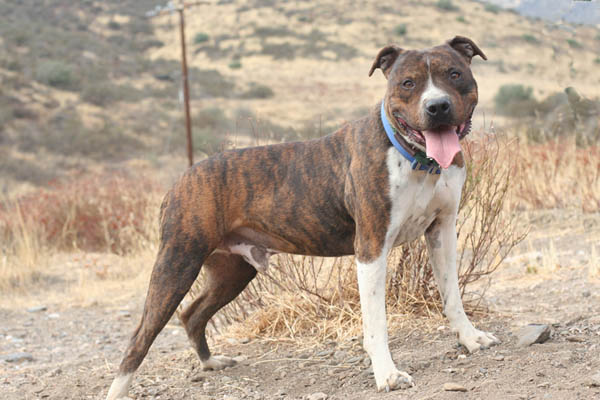 The winter of 2007 was brutal with temperatures below freezing.  So when we received the call in the middle of the night (literally) to assist in the valley’s biggest hoarding case, we responded to hundreds of dogs standing in knee deep mud and water out in the Antelope Valley. The cold was brutal.  So bad that I could feel it thru two pairs of socks and my Ugs.  I just couldn’t believe that these dogs were surviving (though many were found dead)  I loaded up as many as I could in my van and as I walked thru the hundreds of remaining dogs, there he was, his beautiful white stockings, mud stained from the rains, yet his tail still wagged when he saw me.  I wanted to take him so bad but there was no room in my vehicle.  Reluctantly I had to leave him behind hopefully for some other rescuer to take him.  As the weeks passed, I thought of that pretty little dog.  I wondered what happened to him.  So imagine my surprise when I was called in to help transport some dogs from the shelter to another rescue and one of them looked very familiar!  My pretty boy had been taken from the hoarding situation to the shelter for safe keeping and here he was again, just as happy the night I saw him.  So right then and there he came home with me and the first thing he did was decide that my van was his and happily peed all over the inside from floor to ceiling.  Basically he took a “wiz” which is how he got his name.  “Whiz” is such a gentle dog and absolutely beautiful in person. He would make the ultimate indoor companion, sleeping on your bed, no longer having to have his pretty little feet ever touch the cold ground again.

He has been with us for so many years and yet no one has even noticed him to fill out an application to adopt him.  Surely there must be someone who thinks his beautiful white stockings are made for walking across your carpeted floor?   Don’t let his final years be here in our kennel.

Other dogs: he behaves very well around them but he’s a bit scared of them so would do well as the only dog in the home.