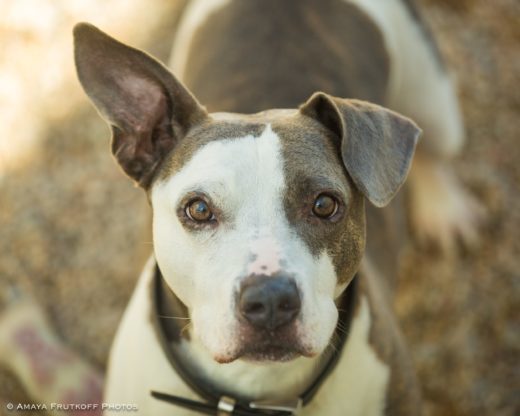 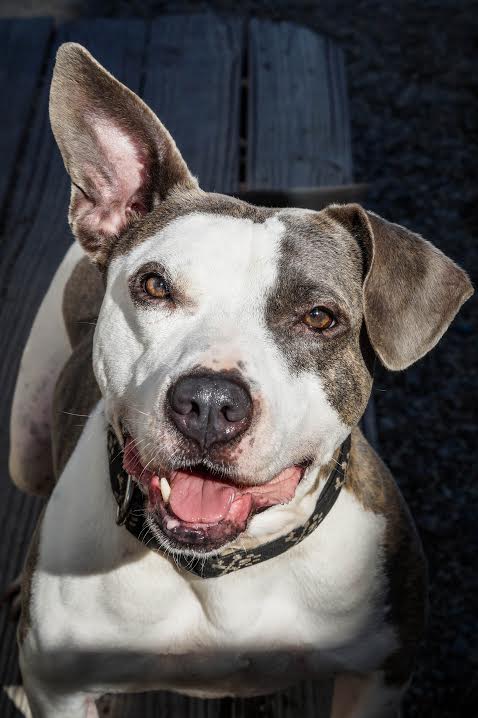 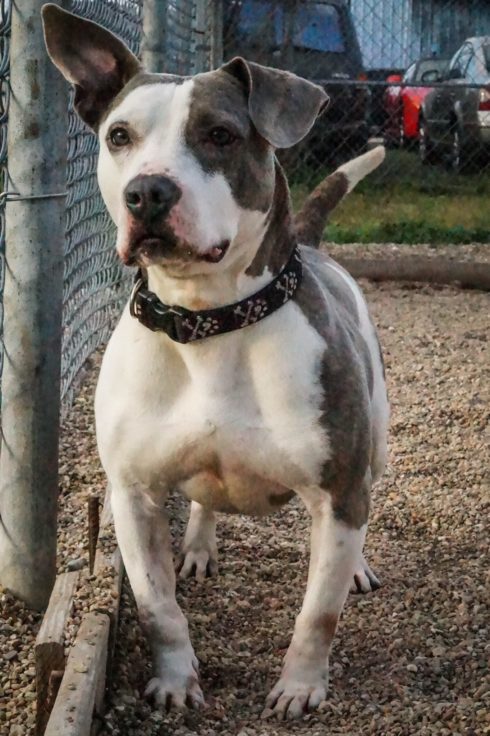 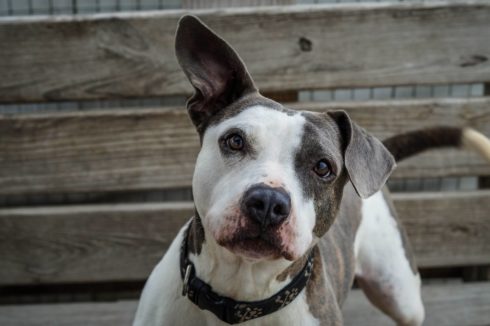 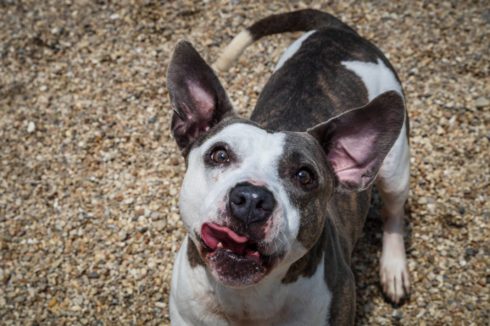 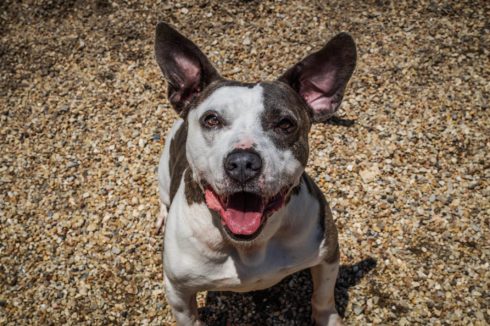 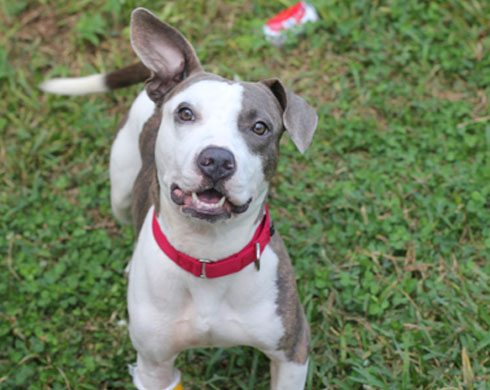 This country cutie was found injured, walking down a very desolate highway.  It was in the middle of the night, surrounded by woods and bayou, that a deputy sheriff saw the emaciated and obviously wounded Pit mix, barely able to walk.  Stopping and putting him in his patrol car, “Wyatt” would eventually end up with us where we tended to all of his medical needs.

Wyatt bounced back and I mean that literally. He is a bundle of energy and now refuses to take life seriously.  Every day is a party when you’re in Wyatt’s World, so he will need a fun and energetic family.  No couch surfing for this guy.  He loves everyone he meets and did  I say…he loves everyone he meets?  So he can be a bit much for smaller children.   He loves other dogs sooooo much and I mean sooooo much so any other dogs in the home will have to be very tolerant of his clown like antics.

With his “one ear up, one ear down” looks, his Pit mix personality definitely fits right in.  Although he is our canine comedy relief, he does prefer the quiet lifestyle of suburbia or the country.

So if you need a laugh or two…or three…in your life, Wyatt is your dude.